Kenny Smith Stands With NBA Players, Walks Off TNT's ‘Inside The NBA’ 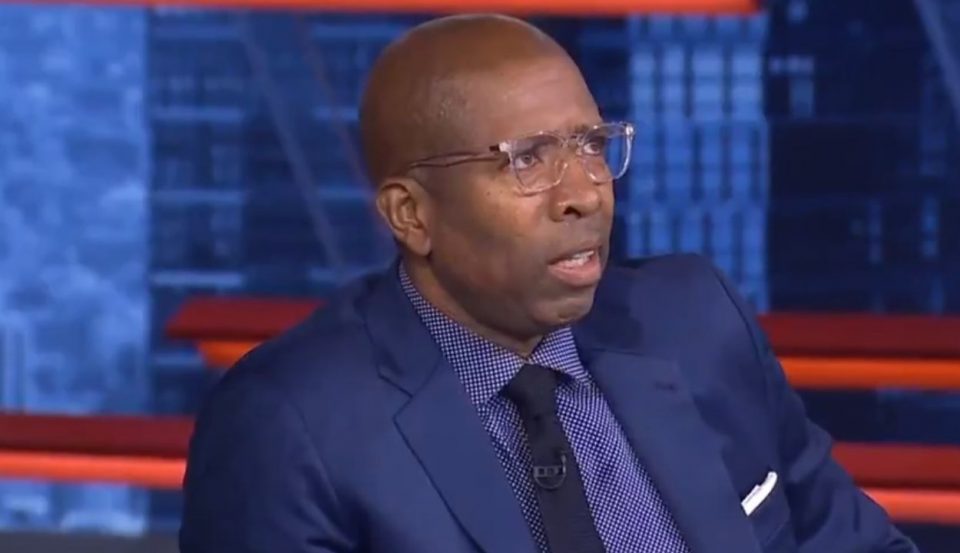 On Wednesday, the NBA postponed its games after the Milwaukee Bucks refused to play its  playoff game in the wake of the Jacob Blake police shooting. Former NBA player and current announcer Kenny Smith, one of the hosts of Inside the NBA, walked off the show on Wednesday night in solidarity with the NBA players, according to ESPN.

“This is tough,” Smith said. “I mean right now my head is ready to explode. Like just in the thoughts of what’s going on. I don’t even know if I am even appropriate enough to say it, what the players are feeling and how they are feeling. I haven’t talked to any of the players. Coming in and even driving here, getting into the studio, hearing calls and people talking …

“And for me, I think the biggest thing now as a Black man, as a former player, I think it’s best for me to support the players and just not be here tonight.”

After Smith walked off set, the show continued with Ernie Johnson, Charles Barkley, and Shaquille O’Neal, talking about the league, discussing the players’ stand, and racial injustice.
The Milwaukee Bucks have released the following statement:

“The past four months have shed a light on the ongoing racial injustices facing our African American communities. Citizens around the country have used their voices and platforms to speak out against these wrongdoings.

“Over the last few days in our home state of Wisconsin, we’ve seen the horrendous video of Jacob Blake being shot in the back seven times by a police officer in Kenosha, and the additional shooting of protesters. Despite the overwhelming plea for change, there has been no action, so our focus today cannot be on basketball.

“When we take the court and represent Milwaukee and Wisconsin, we are expected to play at a high level, give maximum effort and hold each other accountable. We hold ourselves to that standard, and in this moment, we are demanding the same from our lawmakers and law enforcement.

“We are calling for justice for Jacob Blake and demand the officers be held accountable. For this to occur, it is imperative for the Wisconsin State Legislature to reconvene after months of inaction and take up meaningful measures to address issues of police accountability, brutality, and criminal justice reform. We encourage all citizens to educate themselves, take peaceful and responsible action, and remember to vote on Nov. 3.”

NBA legend Bill Russell was moved by the action of the team and the players and acknowledged Smith as well.

I’m moved by all the @NBA players for standing up for what is right. To my man @TheJetOnTNT I would like to say Thank you for what you did to show your support for the players. I am so proud of you. Keep getting in good trouble. @NBAonTNT @ESPNNBA @espn #NBAPlayoffs ✊🏿