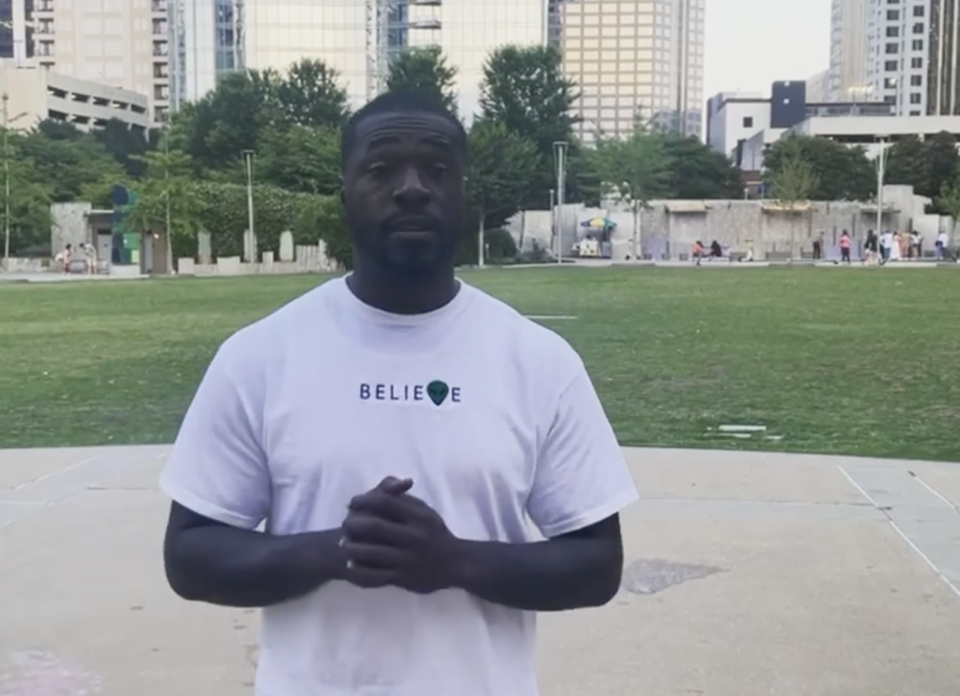 Former NFL cornerback Victor Hampton claims he was racially profiled and followed after a shopping trip at the Concord Mills mall.

Hampton, who now lives in Concord, North Carolina, was simply helping a friend put their purchases in a car when a cop walked towards them in the parking lot and arrested the athlete for “looking suspicious.”

“The first thing he yelled was ‘yo’ like very loud,” said Hampton, per WJZY. “There were people walking in the same vicinity as us so we didn’t think he was speaking to us, so initially we were kind of confused.”

Part of the interaction was recorded by Hampton in a video that has since gone viral, who can be heard saying, “We are not answering no more questions from you, bruh. We are in a public parking lot.”

He then asked the officer, “Why are you stopping me?”

To which the cop said, “Because you guys are in the area of a stolen car,” while walking in the fully packed parking lot.

“And how many people out here are in the area of a stolen car?” questioned Hampton.

During an interview with WCCB, Hampton shared, “It’s nerve wrecking man. Because I knew I was absolutely not doing anything wrong. And I didn’t avoid the scene. I walked by like any citizen normally would do.”

According to the officer, he was investigating a report of a stolen car.

“Once we were answering the questions and he wouldn’t stop, that’s when I felt like it was going further than what it should be going,” the 30-year-old said.

The video goes on to reveal an agitated Hampton as the officer begins threatening him with arrest.

“If you do not stop you are going to jail,” said the Concord officer.

“Take me then. Come on,” Hampton said.

“Alright, have a seat,” said the officer, before things got physical.

He arrested Hampton, but the charges were later dropped.

“I was embarrassed. I was humiliated. I was belittled. My rights were taken advantage of unlawfully,” shared the former cornerback.

Concord Police issued a statement that they were conducting an internal investigation and will release an official statement once done.

Hampton says he’s having nightmares about the incident and at the time could only think not to be put to the ground for fear of his life.

“I didn’t want to be on the ground with them because I knew, hey, we seen George Floyd and what happens on the ground right,” he said. “I’m not going to the ground. I got to a point where I said, ‘Listen because I don’t want to die today you can cuff me.’”