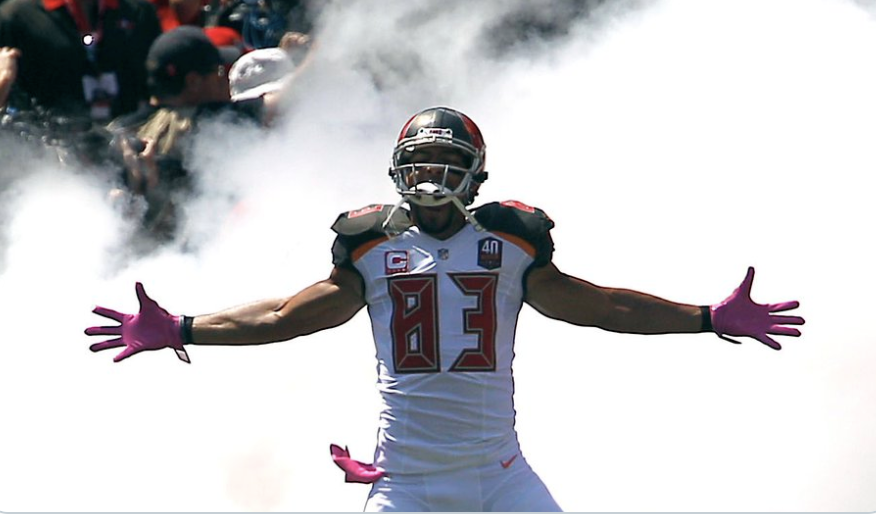 According to The Hillsborough County Sheriff’s Office in Tampa, Florida, former NFL wide receiver Vincent Jackson’s body was found in a hotel room on Monday.

The 38-year-old football star was determined to be dead on arrival at the Homewood Suites in Brandon, Florida, at 11:30 a.m. Brandon is 12 miles east of Tampa. Law enforcement reported no obvious signs of trauma, but the county’s coroner will perform an autopsy to determine Jackson’s cause of death.

“My heart aches for the many loved ones Vincent Jackson leaves behind, from his wife and children to the Buccaneers nation that adored him,” Sheriff Chad Chronister said in a statement. “Mr. Jackson was a devoted man who put his family and community above everything else.

“He will be sorely missed by not only football fans across the country but also the people here in Hillsborough County who reaped the benefits of his generous contributions,” Chronister concluded.

According to the statement, hotel employees said Jackson had been staying at the extended-stay hotel since Jan.11. He had been a resident of South Tampa.

The former football player’s family reported him missing last week and had filed a missing person’s report with the police. After officers verified Jackson was alive, the report was canceled.

According to Pro Football Reference, the former wide receiver got his start in the NFL with the San Diego Chargers. He played with the team from 2005 to 2012.

The Chargers issued a statement regarding Jackson’s passing.

“We are shocked and deeply saddened by the news of Vincent Jackson’s sudden passing,” the Chargers said in their statement. “Vincent was a fan favorite not only for his Pro Bowl play on the field but for the impact he made on the community off of it. The work he has done on behalf of military families through his foundation in the years since his retirement has been an inspiration to all of us. We simply cannot believe he’s gone, and our hearts go out to his wife, Lindsey, their children, his parents, former teammates, and everyone whose lives were touched by having known Vincent.”

Jackson finished his 12-year career with the Tampa Bay Buccaneers.

“We are shocked and saddened to hear the terrible news regarding the loss of Vincent Jackson,” he said. “During his five seasons with our franchise, Vincent was a consummate professional, who took a great deal of pride in his performance on and off the football field. Vincent was a dedicated father, husband, businessman and philanthropist, who made a deep impact on our community through his unyielding advocacy for military families, supported by the Jackson in Action 83 Foundation. He was a three-time Pro Bowl selection for his accomplishments on the field, but his greatest achievements as a Buccaneer were the four consecutive nominations he earned as our Walter Payton Man of the Year. Our deepest condolences go out to his wife, Lindsey, and the entire Jackson family.”

An investigation is ongoing.