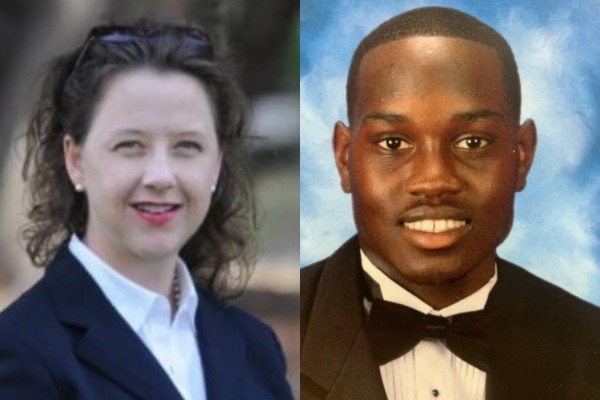 The former prosecutor accused of shielding the men who killed Ahmaud Arbery has been indicted on misconduct charges.

On Thursday, Jackie Johnson, a former Brunswick Judicial Circuit District Attorney, was indicted on misconduct charges. She has been accused of using her power to protect the men who chased and fatally shot Arbery as he went for a run in February 23, 2020, The Guardian reported. A grand jury issued out the charges against Johnson saying she violated her oath of office and hindered a law enforcement officer.

Arbery was killed by a white father and his son, Greg and Travis McMichael, who pursued the 25-year-old in a white pickup truck after seeing him taking a jog in their neighborhood outside the city of Brunswick. Their neighbor, William “Roddie” Bryan, joined the pursuit and recorded Arbery’s murder at close range.

The McMichaels claimed they thought Arbery was a robber and only shot him after he struck Travis McMichael with his fists. The McMichaels and Bryan were not immediately charged, remaining free men for more than two months until the Georgia Bureau of Investigation took over the case.

There was never any evidence that Arbery committed a crime. In May 2020, all three men were charged with murder and are set to stand trial this fall.

Greg McMichael previously worked as an investigator in Johnson’s office and retired in 2019. Phone records introduced in pretrial hearings show he called Johnson’s cellphone and left her a voice message shortly after the shooting occurred, ABC News reported.

“Jackie, this is Greg,” he said. “Could you call me as soon as you possibly can? My son and I have been involved in a shooting and I need some advice right away.”

The indictment says Johnson treated Greg McMichael with “favor and affection” and interfered with police officers at the scene by “directing that Travis McMichael should not be placed under arrest.”

“While an indictment was returned today, our file is not closed, and we will continue to investigate in order to pursue justice,” Georgia Attorney General Chris Carr said.