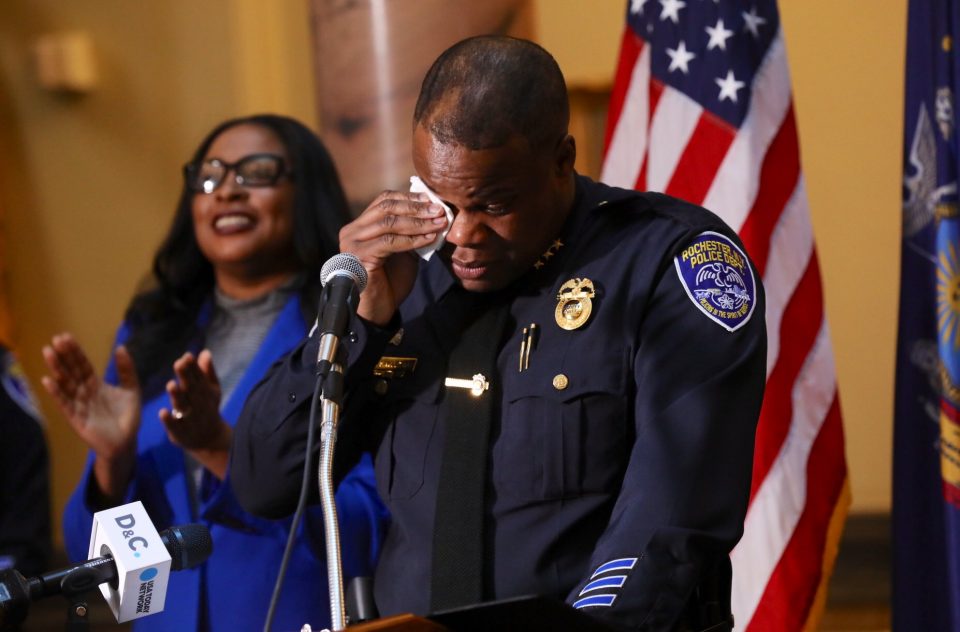 The Rochester police chief who was fired after the death of Daniel Prude alleged Friday that the city’s mayor pressured him to lie about the incident.

La’Ron Singletary was fired in September by Mayor Lovely Warren after announcing he would retire. In a claim of notice, according to NBC News, Singletary wrote that Warren was concerned that Singletary’s testimony to the city council would undermine claims by Warren that Singletary hid information from her.

Singletary added Warren urged him to omit facts and provide false information to back her claim that she didn’t learn key details of Prude’s death until months later. A claim of notice is typically a precursor to a lawsuit. According to Singletary, claims made by Warren regarding Prude’s death were false, defamed his character, and ruined his reputation as a law enforcement officer.

A spokesperson for the city of Rochester, Bridgette Burch White, said in a statement the city will “fully defend taxpayers against this frivolous lawsuit.” White added Singletary’s version of the incident and its aftermath, confirms Warren’s claim Singletary never showed her the body camera footage of the incident and she only saw it in August when a  city lawyer provided it.

According to Spectrum News, Singletary’s lawyers said “we are prepared to present all evidence supporting these claims to a sworn jury and through its verdict, the public will come to learn whether Mr. Singletary’s claims have merit or whether they are frivolous.”

The former police chief’s notice of claim was included last week in the city council’s court petition seeking to enforce a subpoena for Singletary to testify and provide documents into the incident.

Prude, a 41-year-old Black man, was suffering from a mental episode after ingesting PCP and walking naked in the streets. Police discovered Prude and held him face down on the pavement for more than two minutes. He died the night of March 23.

Prude’s death was later ruled a homicide. However, the news didn’t receive nationwide attention until September when body camera footage of the incident was released. The video showed Prude laying naked in the streets, while police stood around telling jokes about Prude. The footage led to several protests in the Rochester area as many blamed racism for Prude’s death.