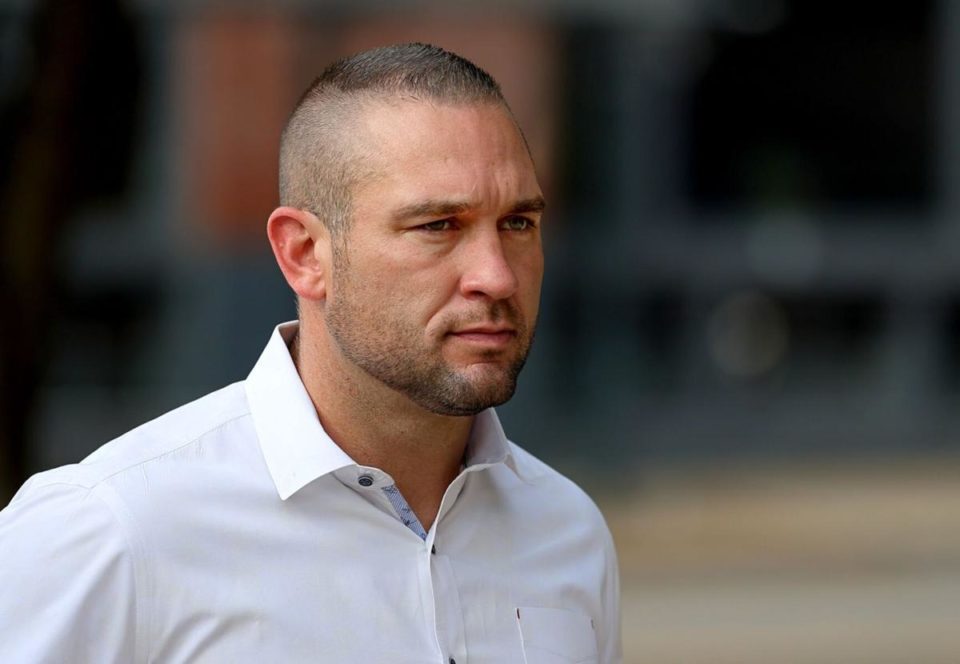 The former police officer, Dustin Boone had been found guilty of deprivation of rights under color of law, which amounts to a felony civil rights charge, for his role in aiding and abetting others who beat the Black police officer, Detective Luther Hall.(Image: Twitter)

Back in 2017, St. Louis police officers beat a Black man at a rally so severely, he had to have multiple surgeries.

The white officers were unaware that he was a fellow police officer working undercover at the rally. In March, an all-white jury acquitted the last of the three police officers who were accused of brutalizing him.

Now, according to The St. Louis Dispatch, last Thursday jurors found a former St. Louis police officer guilty of the charges he faced for his role in the beating of that Black undercover cop back in 2017. But they failed to decide on a related charge against another former police officer.

The former police officer, Dustin Boone, was found guilty of deprivation of rights under color of law, which amounts to a felony civil rights charge, for his role in aiding and abetting others who beat the Black police officer, Detective Luther Hall, according to the St. Louis Dispatch.

The jury said they could not decide on a charge of destruction of evidence against another police officer who was on the scene, Christopher Myers. He was accused of trying to destroy Hall’s cellphone to reportedly  impede any investigation of an assault.

The severe and unnecessary beating of the Black police officer took place when Hall was mistaken for a protester during a rally after former white police officer Jason Stockle was found not guilty in the 2011 death of a Black man, Anthony Lamar Smith.

Boone is looking at a possible sentence of up to 10 years in prison at his sentencing, which will likely take place in about three months.

First Assistant U.S. Attorney Carrie Costantin stated that a decision on retrying Myers could take several weeks, and will involve talking to Hall. “For those of us in law enforcement, it’s gratifying that we can take a bad cop off the streets,” Costantin said.

A different jury was unable to reach a verdict in March on these same charges. The jurors had acquitted Myers of the civil rights charge and found officer Stephen Korte not guilty of the same charge as well as a charge of lying to the FBI.