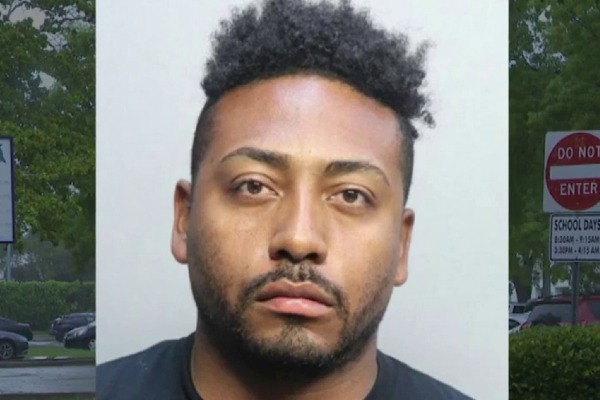 A former substitute teacher in Miami Beach was arrested and slapped with several charges related to accusations of exchanging drugs for cash and sex with girls.

Enreeka Nalasco, 32, was arrested Tuesday over claims he sought out girls at Nautilus Middle School and offered them drugs and money in exchange for sexual favors, CBS Miami reported. The students were between the ages of 11 and 14.

Details of Nalasco’s suspicious behavior came to light in late March after students were caught with drugs and vape pens they said they received from the former substitute. The teens claimed that Nalasco, known as “Swaggy” by the youth, would contact them on Snapchat to offer them drugs.

Some of the girls even said Nalasco would accept sexual favors instead of cash for vape pens, marijuana, marijuana cards, and nicotine, NBC Miami reported. Nalasco would drive to meet the girls at parks and even to their homes.

One 14-year-old girl said Nalasco added her on Snapchat and sold her a vape pen for $40. When he met with her to give her the vape pen, the girl got into his car and sayid he reached over and put his hand on her thigh and told her she was pretty. The girl said she felt uncomfortable and blocked him on Snapchat, the report said.

Two other girls, ages 12 and 11, said Nalasco offered to sell them drugs in exchange for “kisses inside his vehicle,” the report said. All of the girls said they first met Nalasco as “RealSwaggye” on Snapchat.

Investigators soon discovered that Swaggy was Nalasco, a former substitute teacher at Miami Beach Senior High School. He was fired in October 2018 for inappropriately contacting a student through social media.

In that incident, Nalasco reportedly received explicit photos and videos from students and sexually battered at least one 12-year-old, as noted by WFLA.

“Miami-Dade County Public Schools is deeply disturbed by the troubling allegations made against this former employee,” the district said in a statement. “This individual has not been employed with M-DCPS since 2018 and is precluded from seeking future employment with this District.”