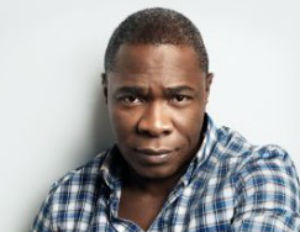 You may know Michael Potts from his role as Brother Mouzone on The Wire or more recently as Detective Maynard Gilbough in True Detective on HBO.

Uptown Magazine sat with down Potts to discuss the new season of True Detective and his role in the musical, “The Book of Mormon.”

HBO obviously recognizes your extreme talents from your stellar performance as Brother Mouzone in The Wire, to your most recent role as Detective Maynard Gilbough in the new HBO drama seriesÂ True Detective.Â  How exciting is this role for you?

It’s amazing. The last couple of weeks I’ve been getting really anxious and excited as the network keeps dropping the trailers and like you know, the backstage conversations and things on the set like that. So I’m really hyped about it, because I know it’s going to be an amazing show. Yes, I’m looking forward to it.

You’re a very busy actor who currently has a role in the Tony award winning musicalÂ The Book of Mormon.Â  How are you able to successfully juggle the musical with the preparation of your upcoming series which debuts on HBO January 12th?

(Laughs) Well it isn’t easy, because the whole thing with the musical it goes 6 days a week and it takes a lot of your time.Â  In this case, the last couple of weeks I’ve been working 7 days a week so it’s rather hard.Â  But the producers have been real cool from the musical so that when something happens inÂ True Detective, they give me time off to deal with it.Â  So the producers of The Book of Mormon gave me a leave of absence so that I could work on shooting the seriesTrue Detective.Â  Then the producer’s obligations forÂ True Detective allowed me to step away and they had someone cover for me.Â  It’s not easy at all!Â  It can get a little exhausting, but it’s still very exciting.

Read the rest at Uptown Magazine