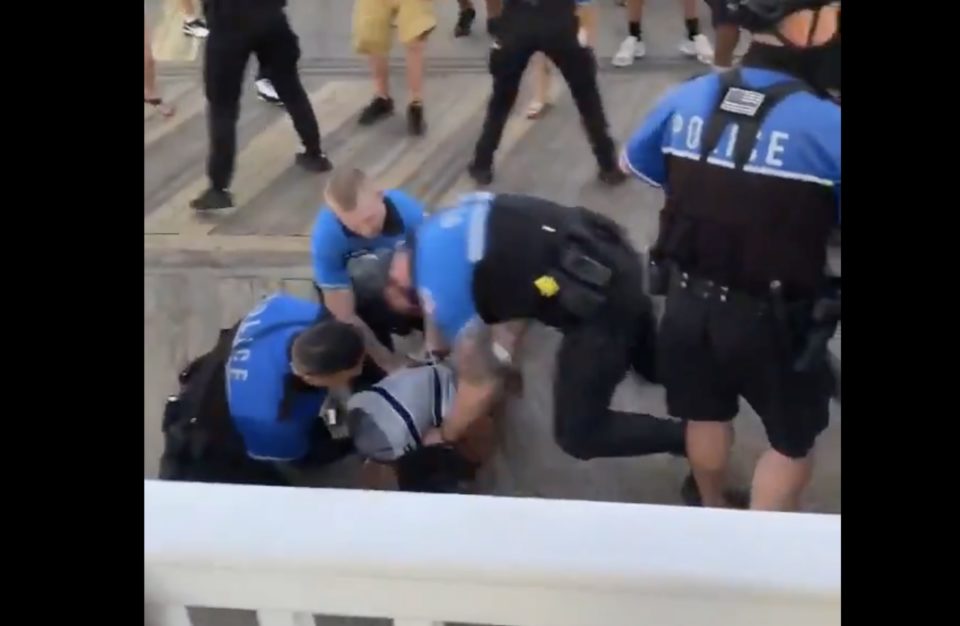 In a footage caught on video, a white officer kneed a teenager five times while he was restrained on the ground by two officers as another officer watched. The action took place on Ocean City’s famed Boardwalk.

WOW. Cops tased this 17yo Black teen and repeatedly drove their knees into his ribs until he collapsed unconscious on the ground. Then they hogtied his arms/legs and placed in a police van… all over vaping?? pic.twitter.com/4C274Q8Hnm

The video in question has officers demanding the Black suspect to surrender his hands. When the suspect refused to comply because he did not understand what was going on, things got brutal between him and the four officers when they claim he was resisting arrest around 8:30 p.m.

The police first spotted a group of Black friends with one man vaping on the boardwalk, a state violation punishable by a fine up to $500.

It is more than likely the man was unaware he was doing anything wrong. The friends are from Harrisburg, PA.

According to officials, police gave the young man, 19-year-old Brian Everett Anderson, a warning. When the same officers encountered Anderson vaping, the teen reportedly did not hand over his identification and was said to have acted “disorderly.”

Another video captured by a bystander shows the teenager with his hands up and reaching into his backpack when suddenly a Taser was used on him.

It was the Taser that rendered Anderson to the ground, making it all the more questionable why police officers held him down in an aggressive nature as seen on the video.

Day was taken into custody for cursing out the police, which in some states is considered disorderly conduct. Lewis reportedly used his bicycle to assault the officers arresting Anderson and Day, and Warren was apparently trespassing on private property, but it is not clear.

The Ocean City Police Department said it will be reviewing the incident, tweeting on Sunday, “OCPD was on foot patrol in the area of 12th St & the Boardwalk, when they observed a large group vaping on the Boardwalk. Four individuals were placed under arrest during this incident. We are aware of the social media videos circulating regarding this incident.”

The names of the officers were not released. 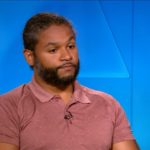 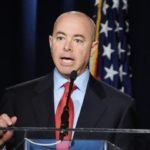 U.S. To Expand Work Permits For Immigrants Who Are Victims Of Crime

FacebookTwitterYoutube
← Black Police Officer Suing Trump Recalls Being Called A ‘Ni**er’ And ‘Traitor’ During Capitol Riot ← U.S. To Expand Work Permits For Immigrants Who Are Victims Of Crime
×