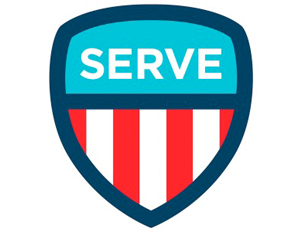 The Presidential Inaugural Committee (PIC) announced on Wednesday that it would partner with the social networking site to release a new badge to reward users who participate in the National Day of Service during inaugural weekend.

The limited edition Inaugural Service badge can be unlocked by checking in at volunteer events taking place in all 50 states. A list of events, which includes the Service Summit on the National Mall, can be found on the inaugural committee website.

“At Foursquare, we were so inspiredÂ by the idea of a lifelong commitment that we created the first Foursquare badge to reward volunteerism,â€ said Foursquare CEO and co-founder Dennis Crowley. “Along with the Presidential Inaugural Committee, we encourage all Americans to get out and serve in their own communities to celebrate the inauguration of President Obama and the memory of Dr. Martin Luther King, Jr.â€

The president and first lady kicked off the tradition of holding a National Day of Service the weekend before the swearing-in back in 2009, and are urging Americans to get involved via social media.

Be the first to earn the @foursquare badge for lending a hand at the National Day of Service on 1/19: bit.ly/X84OOw #iserve

The ability for users to “shareâ€ their service status with their network may urge their friends and colleagues to get involved.

PIC President and CEO Steve Kerrigan is looking forward to this initiative.

“We are excited to work with Foursquare to find innovative new ways to encourage all Americans to commit to ongoing service,â€ said Kerrigan. “Americans across the country are rolling up their sleeves and getting involved to celebrate this historic Inauguration and honor the life and legacy of Martin Luther King Jr.â€