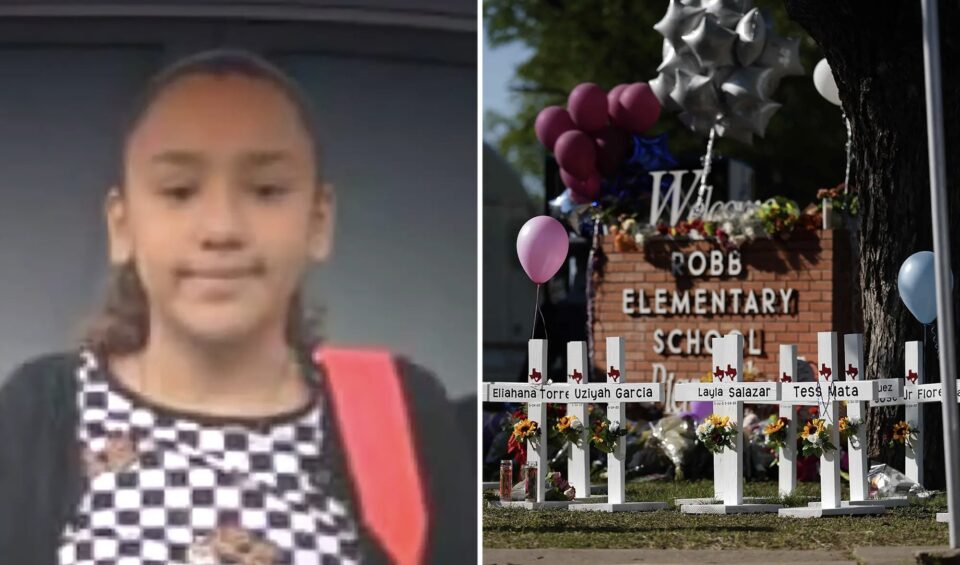 Eleven-year-old Miah Cerrillo, traumatized after witnessing her teacher and friends killed in the mass shooting at a Texas elementary school on Tuesday, reportedly covered herself in blood to avoid being shot.

“My sister-in-law said is that she saw her friend full of blood, and she got blood and put it on herself,” Blanca Rivera told KPRC of her niece.

The fourth grader is a student at Robb Elementary School in Uvalde, Texas. While the gunman was still at large in the building, Cerillo also managed to grab her dead teacher’s phone and dial 911 for help, the NY Post reported.

Upon hearing the tragic news, Miguel Cerrillo, Miah’s father, recalled racing down to Robb Elementary School only to find his daughter being carried out of the building smeared in blood.

After being rescued, Cerillo suffered bullet fragments injuries to her back. She was later treated at a hospital and released the same day.

Miah’s teacher, Irma Garcia, was one of two instructors who died in the shooting, Rivera told KXAS-TV. The massacre also claimed the lives of 19 students and another teacher, Eva Mireles. Several others were injured.

According to the NY Post, the suspected gunman, 18-year-old Salvador Ramos, who hid away in a classroom, was on a killing rampage for 40 minutes before he was eventually shot and killed by law enforcement.

Since that tragic day, the young girl’s aunt said she had been struggling to cope with the losses.

“Around midnight, my sister-in-law called me, and she was just crying like, ‘I think it just hit Miah. I think everything came to reality. We’re home, and she’s just crying and having a panic attack,’” Rivera said.

“At this point, we just have to pray and ask God to help us move forward through this situation. I know it’s traumatizing, and having an 11-year-old go through this, I can’t imagine what she’s feeling,” she continued.