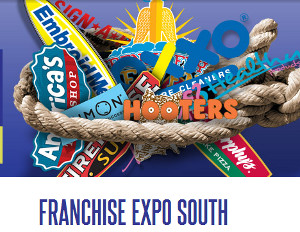 For the first time in its eight-year history, the largest franchise expo in the South,Â Franchise Expo South, will relocate to its new home inÂ Houston, TexasÂ fromÂ Feb. 6-8.

Thousands of entrepreneurs and business owners will head to the Reliant Center, located at One Reliant Park, to meet with hundreds of today’s top franchise concepts in almost every industry looking to expand their presence inÂ Texas, the U.S. andÂ Latin America.

“Franchising is the best opportunity to be in business for yourself, but not by yourself. As one of the best cities in America for business, HoustonÂ will play a key role in the continuous development of the franchise industry, while highlighting the expo’s focus on helping entrepreneurs find their path to business ownership.”

The franchising industry is expanding faster than the overall economy, with establishment growth expected to increase by 1.4 percent, according to a recent report by IHS Global Insight for the International Franchise Association Educational Foundation.

During Franchise Expo South’s three-day exhibition, hundreds of franchised businesses will be represented at every investment level ranging from underÂ $10,000Â to overÂ $1 million. Some of this year’s exhibitors include 9Round Kickboxing, French Fry Heaven, Rosati’s, Liberty Tax Service, Bonehead’s, Dunkin’ Brands, and Cellairis.

Sponsored by theÂ International Franchise Association, Franchise Expo South will also feature more than 40 educational seminars and conferences, several of which have been approved for Certified FranchiseÂ Executive (CFE) accreditation. These sessions, which are open to the public, will discuss the latest issues affecting the industry and further define the impact that franchising has on both new and existing businesses.

For more information and to register for Franchise Expo South, please visitÂ www.franchiseexposouth.com.