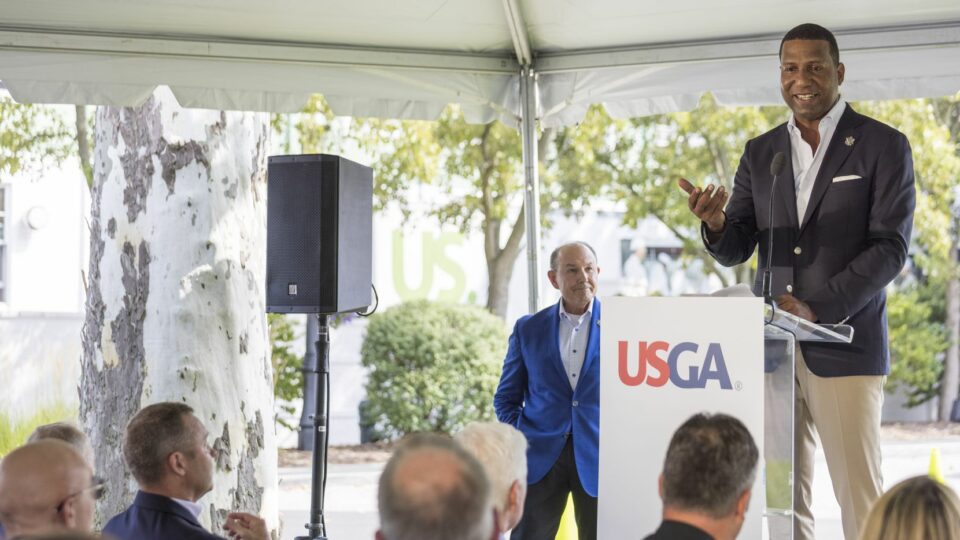 Fred Perpall is on track to be the first Black president of the United States Golf Association. (Image: Twitter/@GolfDigest)

The USGA’s executive committee will again be led by current president Stu Francis, who will be serving the final year of his three-year USGA term. Perpall has been selected to serve as president-elect, a position created in 2019 to provide committee leadership succession and continuity.

The official board vote happens on Saturday, Feb. 19, 2022 when they elect the new board committee.

Perpall, who currently serves as the CEO of the Beck Group, leading the firm’s domestic and international architectural design, planning real estate consultancy, and construction businesses. He earned his bachelor’s and master’s degrees at the University of Texas and also graduated from the Harvard Business School’s advanced management program.

The 1994 Bahamian national basketball team member previously served as a member of the board of trustees who helped build the Trinity Forest Golf Club in Dallas. The club has served as a host to Southern Methodist University’s golf program as well as numerous charitable tournaments, events, and fundraisers for the Dallas chapter of The First Tee, which empowers children and teens through golf.

“I’m excited to work with Stu, Fred, and all the members of the USGA executive committee,” Mike Whan, CEO of the USGA said in a release. “I’m grateful for their support of the organization and our mission and their commitment to and passion for the future of the game.”

Perpall’s appointment comes less than a month after the death of Lee Elder, the first Black golfer to play in the Masters Tournament.

Francis is in his seventh year as a member of the USGA executive committee and is an accomplished golfer, having played in three U.S. Amateur Championships and two NCAA championships. Francis was also an All-American honorable mention in golf while attending Princeton University.

Additionally, Sinclair Eaddy, Jr. and Kevin Hammer have each been nominated to serve a three-year term on the USGA executive committee, a volunteer group of 15 that provides strategic and financial oversight as the association’s policy-making and governance board.