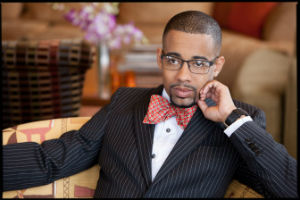 Fredrick D. Scott was arraigned on charges he stole from investors.

Fredrick D. Scott on Monday announced that he was creating Fredrick D. Scott, LLC, a venture capital and private equity firm that will invest in and acquire” minority-focused financial and banking institutions.”

Scott was the head of ACI Capital Group, LLC (ACI), a investment banking and advisory firm that reportedly managed with $3.7 billion in assets. He was named Ebony magazine’s “Top 30 Under 30” in 2010. At 26, Scott was the youngest African American hedge fund founder in history, according to his website.

“My goal is to redefine and advocate for economic sustainability and wealth creation in our community,” said Scott.Â

“The minority banking industry, more specifically the African American owned banking segment, is fragmented and under tremendous pressure from larger and more robustly capitalized mainstream competitors who have embraced the growing diversity of the marketplace. I believe that, in addition to capital, I can contribute fresh energy and new strategies that would improve the competitive posture of African-American owned banking and financial services businesses, as well as advance the mission of multi-generational economic strength and wealth creation in our community.”