From Prison to Entrepreneurship: How One Women Used Black Enterprise to Fight the Odds 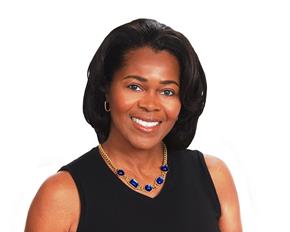 Katherine Graham credits Black Enterprise for the power moves she’s made in entrepreneurship. As the owner of two businesses, Heritage Construction, and the non-profit Do it Girl, Inc. where she gives young women hands-on experience in the construction business, Katherine’s dreams of ownership didn’t begin as a child or in college. It began with the reading of an issue of Black Enterprise while locked away in prison. “I went to prison for drug trafficking. I had a boyfriend, ended up allowing him to talk me into taking some drugs somewhere,â€ says Graham, who was 20 when she went to jail. “I was in school, good grades, had three scholarships. And here I am getting ready to decide to go back to school. Here I am making my decisions, but I allowed someone to make a decision for me that changed the entire course of my life.”

Sentenced to ten years, struggling through years of depression, anger, and a disillusioned loss of faith; a close moment of death changed everything. “I left out the room to go to mail call, and I put a mint in my mouth. It slipped down my throat and I was about to die. I fell to my knees and somebody came behind and hit me in the back, and the mint fell out. Right then God talked to me like, ‘I could have killed you.’ And I realized that what was going on in my life, God didn’t want it to be,â€ says Graham. “When I got to mail call, I saw this magazine called Black Enterprise. And I started looking at it.â€

Opening the pages of BE introduced Graham to a new world. One of powerful black people making their dreams a reality. “I had not seen any professional black women. I didn’t know of any. So I started collecting that magazine, cutting out articles, it became my HBCU. Black Enterprise was it for me,â€ she says. “I cut out articles, pictures, that magazine had so much in there for me. It started teaching me stuff, to dream, and visualize. There was an article with a black women standing in the midst of two men holding a set of plans and she had a hard hat on. And I said, ‘that’s me.’â€

Opportunities began to manifest for Graham who worked in construction in prison as a crew leader, and with Habitat for Humanity. She learned the ins and outs of handling heavy construction equipment and upon her release embarked on a mission. “I had a book of where I had cut out all the BE pictures. I remember when I got out, the visions and dreams and knowing what I wanted to be. Â I came out and hit the ground running,â€ she says. “I didn’t see anything I couldn’t do. I did not want to be labeled as an ex offender.â€

Soon she found herself working at a newspaper, then a construction firm in DC as a project manager heading up a government contract for former President Bush. Keeping her eye on the ball, she returned to Virginia, and started a painting business where she received a contract with an apartment complex. The lessons led her to work with a new construction firm handling a $4 million dollar contract. Graham used the time as an assistant to learn everything from budgeting and finance to estimation. Saving up her money, she took $1000 and began a business. “I took the money I had and started buying houses and fixing them up. Approaching banks, finding out whose closing. In Texas, in my family, Virginia, fixing them up, selling them, and renting them out,â€ she says. Â “So I acquired all these properties which I started with $1000. I was working and doing my own business. All I knew was what I envisioned. It was to catch up.â€

Today, Graham’s company Heritage Contractors, which she began in 2006, is thriving in Chesapeake, Virginia. “We’re managing the Dollar General stores, 7/11, McDonald’s. We are working on a 4-year $10 million project with a different contractor managing HUD projects for the government, doing lead based painting inspections throughout the Denver region for 21 different states. We’ve rehabbed a pool for the Navy Seals. We’ve done work for loading dock ramps on the base, rehabbed laundry rooms, and a project for Homeland Security,â€ she says rattling off a list of accomplishments. “Knowledge. I learned about the knowledge from Black Enterprise. If you get the knowledge, that will yield the grain and resources and success that you need. BE gave me all that.â€