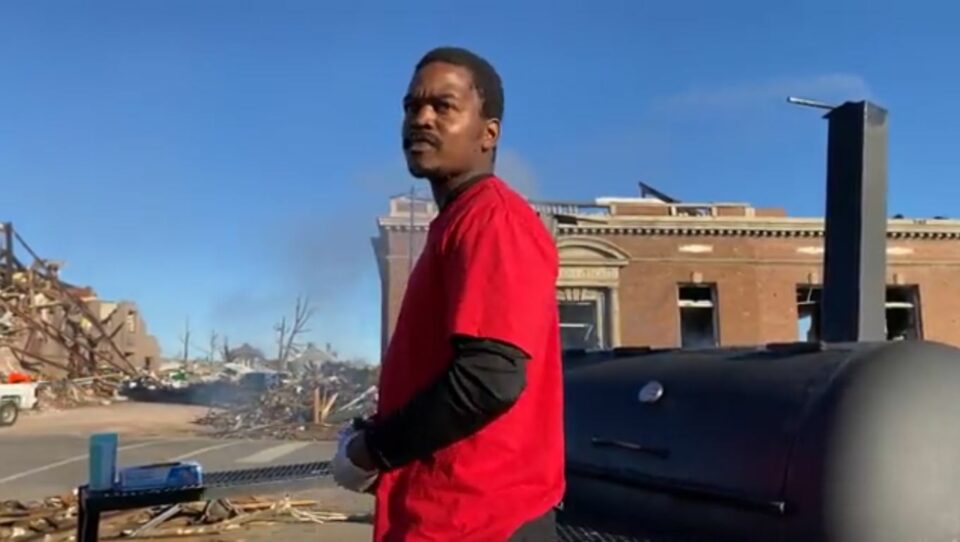 In light of the most recent tornado activity in Kentucky, people have contributed in many ways. From rescue work and clean up to providing food and water, volunteers have done their part to turn tragedy into hope.

These acts of kindness continue when Jim Finch brings a grill and a truckload of food with him to the middle of ravaged Mayfield, Kentucky to feed its surviving residents.

“This man drove half an hour with a grill and a truckload of food and parked right in the middle of Mayfield, Kentucky,” Victor Ordonez captioned the clip he posted on Twitter.

Finch’s efforts were praised in the comments. For him, he was simply doing his part. For the community, “What a blessing he is. He is warming hearts and bellies with his act of kindness,” a social media user commented.

“Such a kind human being. I am humbled by his generosity of spirit!” someone else added,

The collection of deadly tornadoes unleashed havoc across parts of the central and southern United States. In Kentucky alone, the storm was the most destructive in the state’s history. The powerful twisters collapsed an occupied candle factory in Kentucky, an Amazon warehouse in western Illinois, and a nursing home in Arkansas, killing people in each community and setting off scrambling rescue missions.

Mayfield was particularly devastated by the tornadoes. According to Kentucky Gov. Andy Beshear, there were more than 100 people trapped inside a candle factory in the town when it collapsed.

Thank you, Jim Finch for reminding us that hope is always in arm’s reach.