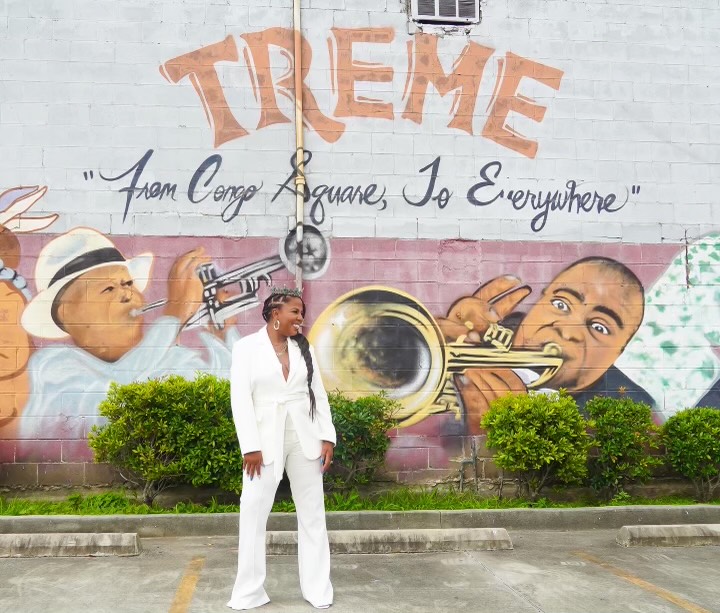 Oftentimes people get frustrated with their current job because they believe their skillset is not being used to their full potential.

Treiva Williams’s career journey reminds freelancers, creatives, executives, and especially veterans that one door always opens another, and that administrative skills are indispensable no matter what industry you’re in.

Some people join the army because it’s the best option post-high school graduation, but for Williams, a New Orleans native, it was a choice of survival. Little did she know, her journey there would provide the skills necessary to pivot into the world of television and entertainment.

“I was a troubled teen from a trauma-infused household. I had been a teenage runaway and even attempted suicide and was looking to escape myself and find myself all at the same time,” Williams told BLACK ENTERPRISE.

“In high school, we all had to take ASVAB, which the military uses for recruitment. Apparently, I scored in the one percent and next thing I know all the branches were calling me. After meeting with recruiters from all four branches I chose the army because their basic training date was the soonest,” says Williams.

Williams cites her army experience as the best decision she’s ever made, allowing her to propel in every aspect of life.

“Gaining that base level of teamwork and leadership is the foundation of how I operate even as an executive today; that skill correlates professionally and personally,” she admits.

“The military gave me structure and discipline and helped me identify my gift of administration. As a wild and troubled 17-year-old, I was forced to grow up immediately and to be accountable for myself and others. I learned that actions and decisions could have a life-and-death effect. I was forced to lead others through service and by example. It wasn’t enough if only I was squared away, pressed and polished and in cadence. If just one of my fellow platoon leaders were off, we all failed.”

After completing her time in the army, Williams relocated to Atlanta to embark on a new life, ultimately working in the advertising field as an executive assistant to a senior account executive, who promoted her and took Williams along with her as her career excelled. Now, people management was her newfound forte’.

“Advertising and Marketing began to merge into the Atlanta music scenes as top brands were synergizing with up-and-coming Atlanta acts and producers. As I developed music relationships, my love for music and entertainment led me to focus on that side of things. During that course of time with life changes and purposed direction, I found myself fully immersed in the gospel music industry and faith-based marketing.”

To the person who lacks vision, these things can seem unrelated, but Williams knows it was all a part of a greater plan for her life and destiny.

But connecting with powerhouse executive, Dr. Holly Davis-Carter would be the game-changer to position her for television production—the lane she currently thrives in as the Series Executive Producer for Viacom with the Black Ink franchise.

Under Carter, Williams worked directly for the gospel group Mary Mary as their executive business administrator. She started off as the series talent producer and excelled as Supervising Producer by Season 3.

In between filming seasons of Mary Mary she went on to produce two seasons of R&B Divas Atlanta and R&B Divas L.A., thanks to an executive Phil Thornton who recognized Williams’s full talent as a rising producer.

In 2014, Williams was introduced to the incomparable Mona Scott Young and has been rocking and rolling with her since. Scott Young decided to launch a new city of Love & Hip Hop in Hollywood and Williams was brought in as an Associate Producer—a lesser title than she’d had on other shows. However, this strategic move catapulted her from associate producer to showrunner within a span of six years!

“I enjoyed the myriad of projects I was involved in with Mona and Monami Entertainment. She has become one of my best friends and teachers of the game–my best friend “forevva”, as Cardi B would say.”

Purpose came knocking at Williams’s door again in 2020, calling her to become a life coach. Working in production allowed her to put the real back into reality TV, getting introspective with the cast members and helping them navigate through their turmoil and traumas; therefore, getting a life coach certification felt natural to her. T.R.U.T.H. Life Coaching started in the middle of the pandemic and continues to grow.

As a veteran, producer, life coach, mother, and wife, Williams teaches Black women that it’s never too late to pivot and pursue their God-given purpose. Because of this, she is being recognized by her city as the 2023 Queen of the Treme’ Sidewalk Steppers Ball.