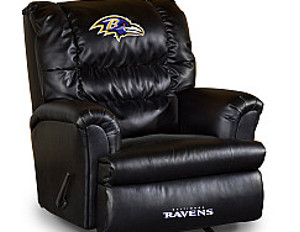 When Gardiners Furniture advertised that all merchandise purchased in the days leading up to the Super Bowl would be free if the Ravens scored on a kickoff return to begin the game or second half, they statistically had history on their side. In 46 previous Super Bowls, just eight kicks had been run all the way back.

But when Jacoby Jones opened the second half by returning a kick for an NFL record 108 yards for a touchdown, the furniture store was forced to pay up, the Baltimore Sun reports. 445 customers bought $600,000 worth of furniture between Jan. 31 and 3 p.m. on game day; and as outlined in the original promotion; they would not have to pay for any merchandise.

Just in case, the furniture store took out insurance, in the off chance the dubious kick return occurred. ”

We bought the insurance just in case it happens, so we’re actually just as happy,â€ said Kasee Lehrl, the advertising and marketing manager at Gardiners. “I wish I had bought something.â€

Gardiners took out an insurance policy to cover the cost for a promotion they’ve been running for the past three years, Lehrl said. In the last couple of years, the Super Bowl promotion was for a touchdown on the opening kick of the game. This year, the company made the kick-off touchdown deal specifically for the Ravens.

“I think that added a lot more emphasis and excitement,â€ Lehrl said.

Mike Rhoten, of Westminster, who made his way to the store Saturday afternoon on a whim, bought a couch, an ottoman, a treatment on the couch and a framed picture, he said. He said normally he wouldn’t have done the treatment for the couch, but he decided it could be worth it if it ended up being free.