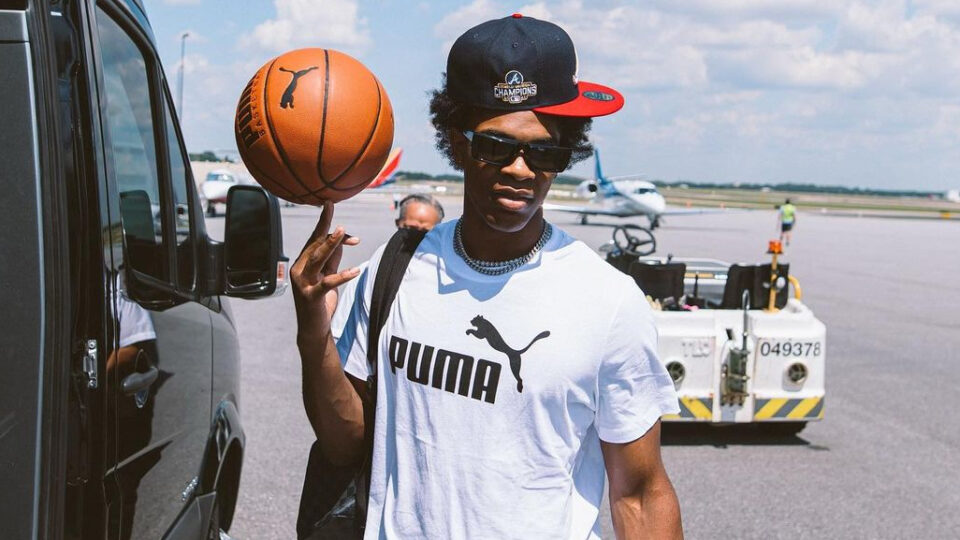 According to The Athletic, Scoot Henderson became one of the youngest professional basketball players in the country when he initially signed with the NBA G League last year. Now, the 18-year-old athlete made history once again by inking a deal with Puma for an annual seven-figure, multiyear endorsement. This is believed to be the richest deal ever for a non-draft-eligible basketball player.

The contract allows Henderson to reach eight figures based on several factors. This contract also makes this the first time a shoe company has signed a contract with a G League Ignite player. In 2020, the G League founded the Ignite team as a developmental team for elite prospects. Every team in the league has ties to an NBA team.

Forbes has reported that Henderson’s team of agents, Christian Dawkins, Steve Haney, and Wallace Prather (Par-Lay Sports & Entertainment) was responsible for negotiating the deal. The process took over four months to complete. Haney and the team arranged the endorsement contract with the involvement of Henderson and his family.

“It was amazing to see how involved Scoot was in the process,” Haney said. “I’ve never had a client so engaged in a negotiation and he’s only 18. He’s a special young man.”

Henderson, who is currently projected to be the No. 2 pick in the 2023 NBA Draft by ESPN, joins the PUMA Hoops roster which includes LaMelo Ball, Breanna Stewart, Deandre Ayton, Jackie Young, RJ Barrett, NaLyssa Smith, and a host of other athletes.

The Marietta, Georgia, native averaged 14 points, 4.9 rebounds, and 3.4 assists in 11 games for the Ignite this past season. The explosive 6-foot-3 guard had several highlight-reel dunks throughout the season and excites NBA teams with his athleticism and natural gifts.

Henderson is gearing up for his second season later this year.