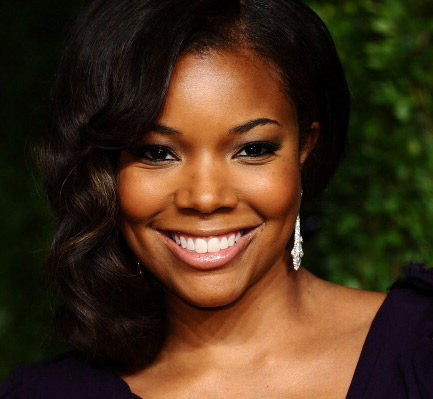 Starring Jackie Gleason and Audrey Meadows as Ralph and Alice Cramden, The Honeymooners may have only aired for one year (1955-56) but the half-hour series is regarded as a television classic. In 2005, Paramount Pictures and CBS, which owns the rights to the sitcom, released a re-envisioned version of the show as a full-length movie, with Cedric the Entertainer and Union playing the lead roles. Despite only grossing $13 million worldwide, the film garnered Union a nomination for Outstanding Lead Actress in a Theatrical Film at the 2005 BET Comedy Awards.

Gabrielle’s Got Talent! According to Essence, Gabrielle Union has launched a holiday collection with New York & Company.

Union debuted new silhouettes for her 51-piece holiday collection, which features an assortment of shiny metallics, sequins, luxe fabrics, and dramatic flair. The holiday collection is available online with prices ranging from $55 to $200.

“While I’m crazy about fashion, I’m also all about balance and want to make sure I create looks that not only I would wear, but that my mom, aunts, cousins, friends, and sisters would want to rock,” Union told ESSENCE back in August when speaking about the Fall collection she and NY&Company collaborated on.

This latest collection arrives months after Union’s launch of Kaavi James by Gabrielle Union, the actress’s baby collection in collaboration with New York & Company, which includes girls and unisex pieces.

This comes on the heels of the actress becoming embroiled in a controversy that saw her lose her job on America’s Got Talent. After making several complaints to executives at NBC regarding some racial issues, Union won’t be returning to the popular variety show in January.