Gas Prices Are Climbing And Stations Are Empty This Holiday Weekend 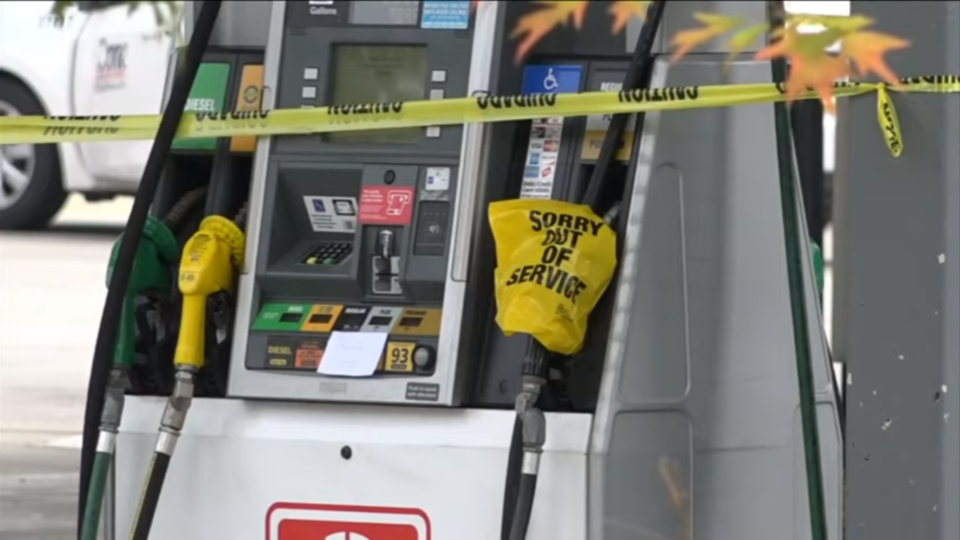 Gas Stations across the country are running out of gas due to a driver shortage (screenshot Youtube, News4Jax)

Tens of millions of Americans are expected to travel for the Fourth of July holiday weekend, but they will encounter the highest gas prices in nearly a decade and empty gas pumps.

The national average price for a gallon of gas is currently $3.10, the highest average since October 2014. While there hasn’t been much of a recent rise (the average is up 2% from Memorial Day) the average price is up 42% compared to last year when the pandemic kept Americans indoors.

However, the empty gas stations and pumps have little to do with the gas price, supply, or demand, which is largely unchanged from 2019. The main reason has to do with a truck driver shortage combined with a huge demand, which is creating supply chain issues and shortages.

According to the National Tank Truck Carriers, between 20% and 25% of oil tank trucks are not in use due to the shortage of drivers.

“It used to be an afterthought for station owners to schedule truck deliveries. Now it’s job No. 1,” Kloza added. “What I’m worried about for July is the increased demand works out to about 2,500 to 3,000 more deliveries needed every day. There just aren’t the drivers to do that.”

According to AAA, more than 43.6 million Americans will hit the road this holiday weekend and because the pandemic kept Americans home last year, some think demand will break records set in late 2019. Some analysts are also concerned that shortages could lead to gas hoarding.

Gas Buddy, which tracks gas prices across the country, predicts the average gas price will stay above $3 a gallon through the summer but will eventually fall back to $2 a gallon.