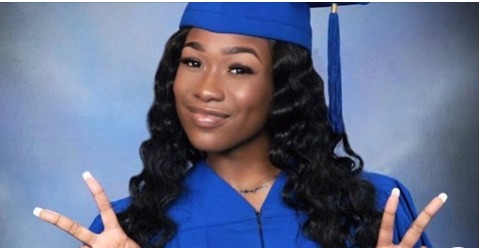 Like many high school seniors who are heading to college in the fall, Akayla Brown recently had an impactful decision to make about where she would attend college. The Philadelphia Tribune reported that the highly sought-after Gates Scholar decided her official college pick would be Howard University. Among many requirements of the highly selective Gates Scholarship, applicants who are minority high school seniors must be in good academic standing with a minimum cumulative weighted GPA of 3.3 on a 4.0 scale. The Gates Scholarship website said that the scholarship is awarded to 300 student leaders yearly, with the intent of helping them realize their maximum potential. The ideal candidate is described as someone who is in the top 10% of his or her graduating class.

Covering college expenses was just one part of Brown’s equation. According to The Philadelphia Tribune, Brown applied to more than 25 universities,  including historically Black colleges and universities (HBCUs) and Ivy League schools. More than 18 colleges sent acceptance letters to the Bodine High School senior. Brown narrowed her choices down while keeping her personal desires in mind.

“In my heart, I always knew that being at a HBCU was where I belonged,” Brown said in The Philadelphia Tribune interview.

KYW Newsradio reported that Brown mentioned her top three college choices were Villanova, Temple, and Howard universities. In the interview, she described Temple as ‘amazing.’ The student was leaning toward Villanova, but attending an HBCU was something she decided that she wanted to do since she was in the fourth grade.

“I know where I want to be, and Howard is the top HBCU for business,” Brown said in the KYW interview.

Even before attending college in Washington, D.C., the future Howard student has already begun exploring what it takes to lead a nonprofit organization. According to Dimplez 4 Dayz’s website, 13-year-old Brown founded the youth-led 501(c)(3) nonprofit organization. It is dedicated to empowering the youth voice and reducing youth violence in Philadelphia, by promoting the resources and programs enabling young people to build confidence and fulfill their potential. Brown is surely on her way to starting another exciting chapter in her life.