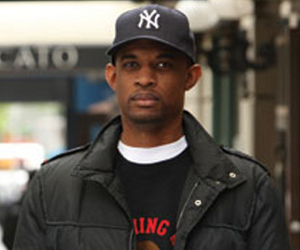 Gee Roberson, Chairman of Geffen Records, will transition to create and own a full service record label named Blueprint, which will be distributed by Interscope Geffen A&M.

This entrepreneurial role is consistent with his career history and will allow him to demonstrate his other talents, such as artist development as well as managerial skills which he has already proven with countless Hip-Hop superstars.

Roberson began his career with Jay-Z at Roc-A-Fella Records since the label’s inception in the early ‘90s. His management and production company named “Hip Hop Since 1978” was responsible for signing Kanye West in 1998 and then negotiating his signing to Roc-A-Fella records. Six years later, Hip Hop Since 1978 merged with Bryant Management which included Lil Wayne, Drake, Nicki Minaj and T.I. on its artist roster. In 2011, Roberson executive produced the top three selling rap albums: Lil Wayne’s “Tha Carter IV,” Jay-Z and Kanye West’s “Watch The Throne” and Drake’s “Take Care.” This year he executive produced the top selling rap album of the year in Nicki Minaj’s “Pink Friday: Roman Reloaded.”

“Gee has an extraordinary entrepreneurial instinct and that spirit has always been an important part of our company.”

Roberson added that he looked forward to his new position as the head of his own record company.

“I’m very happy about the knowledge and experience I gained at Geffen that will be very useful going forward in the future. Now it’s time to go back to my roots, that entrepreneurial spirit, wrap my arms around my own label and fold it into Interscope Geffen A&M. Based on the relationship I already have with Jimmy and everyone at the label, this is a very natural move that’s filled with synergies.â€

Several artist on the Geffen roster are expected to join Roberson on his label including rapper/producer Hit-Boy who created the beat for the Grammy nominated track “Ni**as in Paris,â€ and Chicago rap group LEP Bogus Boys.