On the Job: Gender Discrimination in the Workplace

The Source magazine, often referred to as “the Bible of hip-hop,â€ didn’t have the most traditional work environment back in the early 2000s, as rap music was allowed to permeate the airspace at any given time and the use of profanity was a common occurrence. Although that was all part of the culture the staffers covered, that didn’t mean misogyny and sexual harassment were acceptable in the workplace. Still, The Source offices became the scene of one of the biggest gender discrimination cases to hit the industry.

In April 2005, Kimberly Osorio, the first female editor-in-chief of The Source, and then-vice president of marketing, Michelle Joyce, filed a complaint with the Equal Employment Opportunity Commission accusing then-Chief Brand Executive Raymond “Benzinoâ€ Scott and magazine owner David Mays of committing gender discrimination, sexual harassment and unlawful retaliation against women at the company. A jury later rejected Joyce’s case, but Osorio’s went to trial, where a defamation charge was added on. Although Osorio and Joyce were the only two to file with the EEOC, there were reports of more incidents.

Interns all the way up to the editor-in-chief were reportedly subjected to sexual harassment, in the form of sexually charged verbal commentary and inappropriate behavior, which led some female employees to quit–if they weren’t already forced out.Â  According to court documents, male employees were given the upper hand when it came to benefits, compensation, work hours, hiring and promotions. Instead of promoting or hiring females, Scott appointed people from his inner circle to positions for which they were ill prepared and uncommitted.Â  Unfortunately, any of the males’ shortcomings were blamed on the female staffers. Women at the company felt the abuse was so severe they preferred to stay in their offices rather then move about the halls of the publication, according to the females’ claims.

Whenever an employee feels discriminated against in any form, the employee should report the incidents to their human resources department immediately. “Typically, once an employee reports discrimination, it is human resources responsibility to investigate the allegations,â€ says Donita Wilks-Sing, MHR, who has 16 years of HR experience working at various financial institutions.Â “The employee should understand that the information is kept confidential within the realm that it can be.â€

That wasn’t the case at the hip-hop publication. Court documents list an incident where Scott remarked, “You got a fat ass,” to an unidentified female employee. Although the employee filed a complaint with HR, the claim was not followed up on and that female later resigned. Scott also made inappropriate comments towards Osorio, going so far as to pressuring the writer into spending a weekend away with him in Atlantic City.

It’s this behavior that had Osorio’s case in Manhattan Federal Court, starting in October of 2006.Â  After a nearly two-week trial, Osorio, who has a degree from New York Law School, won on two claims–retaliation and defamation.Â  The retaliation charge stemmed from Osorio’s abrupt firing after refusing to recant the email complaint she sent to human resources.Â  After her firing, Scott accused the journalist of extortion and went public with comments accusing Osorio of having sexual relations with artists. The jury awarded her $7.5 million in damages. 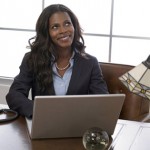 12 Things Every Entrepreneur Needs to Succeed in Marketing