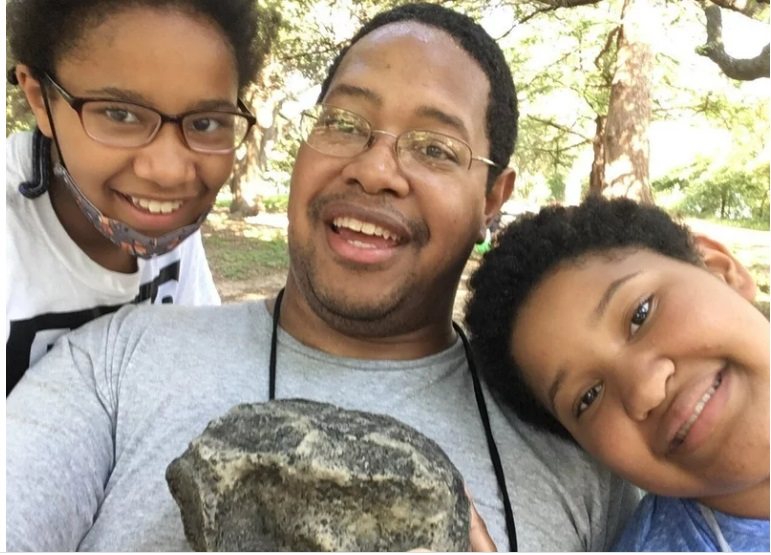 Along with grilling at a public park and birdwatching, geocaching is another leisurely activity that Black people seem to not be able to do without dealing with White people who cannot mind their business.

Marcellus Cadd, a Black geocacher, knows all too well the inherent risk of being a Black person who engages in an outdoor pastime. For three years, he has participated in a hobby that involves trekking to generally unfamiliar areas and finding hidden objects.

When he joined an online group of geocachers, he soon realized that his experience was unlike many of his fellow geocachers. While they were able to roam free and largely unencumbered, Cadd was stopped several times within his first six months.

Cadd has been stopped by both police and random White people who want to know why a Black man is–in their view–slinking about in their neighborhood. Although the rules of geocaching dictate that items should not be placed in areas that would necessitate trespassing or other restricted locations, that is not always the case.

A representative of Groundspeak, a geocaching company, said that there is diversity in geocaching but minorities are still underrepresented. This may explain why Cadd has come across listings that were hidden in private yards and had to skip those items out of sheer safety.

In fact, Cadd said that he has met only one other Black geocacher at local events and a few online. He has a blog called Geocaching While Black where he details his journeys. Some are quite unenviable, such as the item that was hidden inside a flagpole that flew the Confederate flag in Grimes County, TX.

Yet, he loves the hobby enough to persist while developing survival tactics like carrying a clipboard to make would-be KKKarens think he is working.

Cadd wants more Black people get into geocaching if only for the sake of representation.

“There’s a certain joy in being Black and basically going out to places where you don’t see a lot of Black people. And being there and being able to say, ‘I’m here whether you like it or not.'”