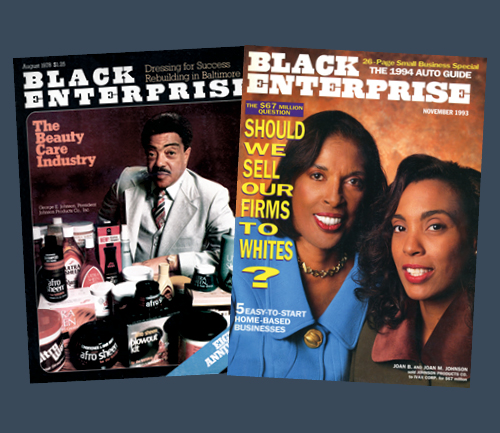 When the Johnsons founded the Chicago-based ethnic haircare products company in 1954, the couple created enduring brands such as Afro Sheen and Ultra Sheen as well as developed a pillar among the BE100s for roughly 20 years. Throughout their entrepreneurial journey, the Johnsons made a his-toric impact. For example, in 1971, Johnson Products became the first Black-owned company traded on the American Stock Exchange. Moreover, their commitment to African American businesses included sponsorship of Soul Train, making it the first nationally syndicated Black TV program backed by a Black-owned company. After the couple divorced in the early 1990s, Joan John-son gained control of the company and eventually sold it to white-owned IVAX. The Johnsons, however, would eventually reconcile and continue their engagement in philanthropic pursuits.