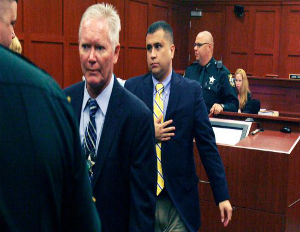 The former neighborhood watch leader who shot and killed Trayvon Martin, an unarmed black teenager, and is now on trial for second degree murder, plans to launch the new George Zimmerman Defense Fund next month, the Associated Press reports.

Attorney Mark O’Mara told the AP that an existing fund has raised $140,000 since last May, but that money is running low.