How Georgetown Can Really Make Amends 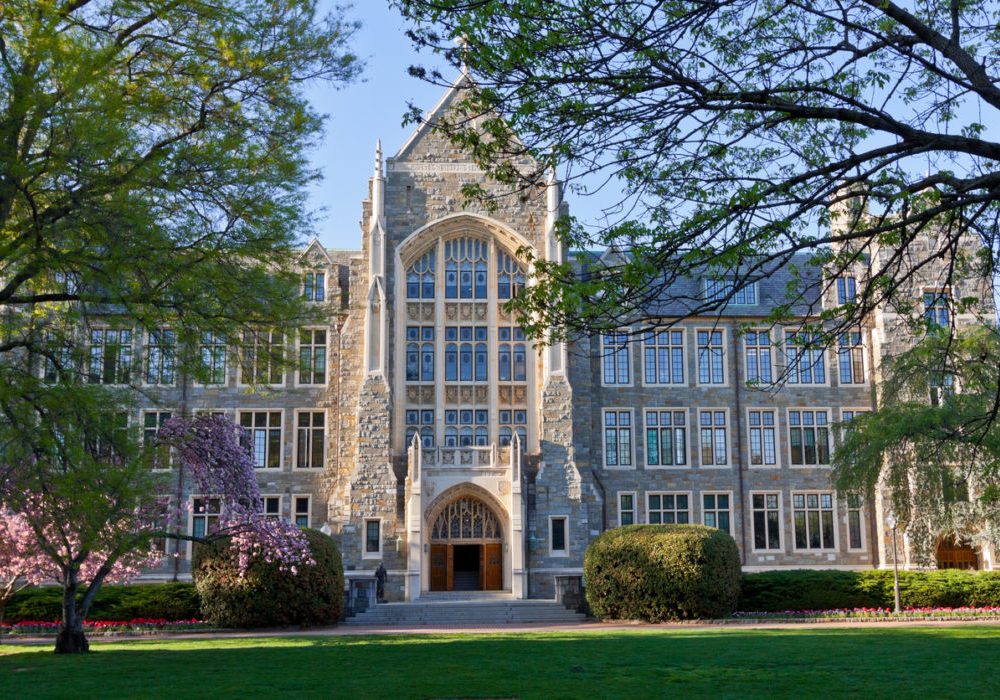 What Georgetown University is doing to make amends for its part in the slave trade is commendable. The top-ranked Catholic college is making admission possible for the descendants of enslaved people it sold to Louisiana plantations in 1838.

As one of those descendants, Mélisande Short-Colomb is brave. In a CNN post, the 63-year-old Georgetown freshman is taking advantage of the education offer, a priceless opportunity.

But what I wish Georgetown would do is provide a college preparatory K-12 education to Short-Colomb’s two granddaughters—and all the other Georgetown progeny, as I call them, 18 and under.

Here are three reasons why.

K-12 Education Is the Great Equalizer

In many ways, the power of the legacy of slavery is the separation of people of African descent from opportunity, particularly in housing, employment, and education. But the one area that has the longest reach in a person’s life is education since it provides the foundation for excellence in every other area.

A Georgetown University education can best be put to use by someone who’s had a solid K-12 foundation—the one thing that the vast majority of African American schoolchildren are still denied across the country. The Georgetown progeny could be distinguished by the excellent, college-preparatory K-12 education they receive—which would prepare them to excel at Georgetown or any other top four-year college—or to exercise other options, such as entrepreneurship.

The Christian Thing to Do

As a person of faith, I find it especially wounding when I encounter racial hatred, bias, and indifference in Christian clothing. How the 19th-century Catholic priests of Georgetown could convince themselves that slavery was OK, that selling these people to the Deep South was OK, and even leaving them without access to religious instruction was OK illustrates how we as people can justify even the most unconscionable choices.

The past cannot be undone, and, again, Georgetown is doing admirable work by issuing a formal apology, renaming buildings, and offering legacy preference admission to these descendants.

But the one way to undo the ongoing power of the legacy of slavery in the lives of the Georgetown progeny is to provide all of those in grades K-12 a college preparatory K-12 education, which would pave the way for these young people to achieve economically and professionally as adults.

It is the Christian thing to do.

Certainly, other groups have been discriminated against, including Jews, Asians, specifically the Chinese; and Native Americans. But most of them have assimilated into American society and, as separate groups, do well. I mean, I don’t think anyone discriminates against the Irish anymore.

That isn’t the case for African Americans, who as a whole are still a low wealth, low educated group that still experiences discrimination. That isn’t Georgetown’s fault, but recognizing the role of a college preparatory K-12 education could distinguish the Georgetown progeny in a way that could reverberate throughout much of the black community, as well as society at large.

I saw the movie Belle only five times, but each time I asked myself, what if every white man that had fathered a black child did what Sir John Lindsay did—pluck the child out of poverty and educate him or her for life in society? We would be living in a different world today.

Though nothing can undo the awful selling of human souls away from their homes, families, and religious life, providing the Georgetown progeny with an education that prepares them to excel at a school like Georgetown is, I’m convinced, the best way to mitigate the harm done by this great error.