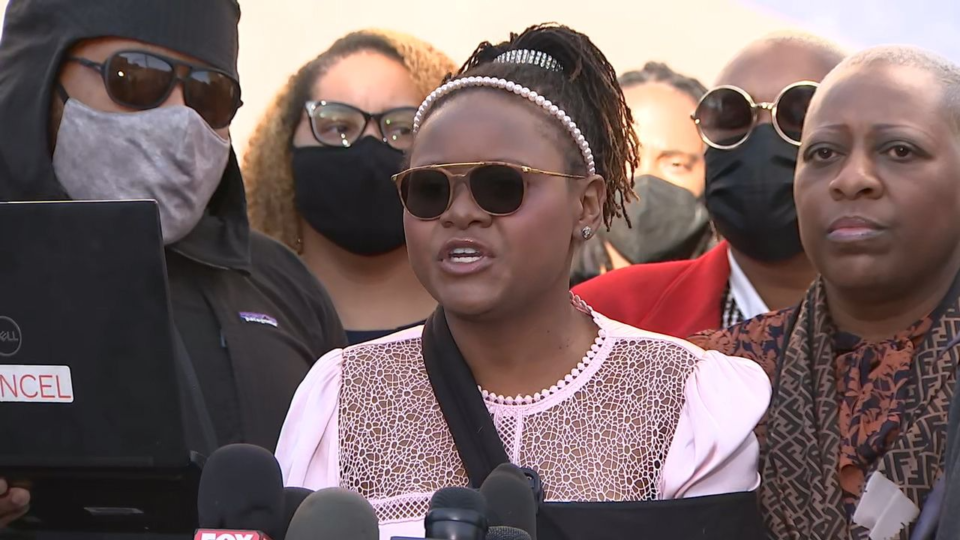 Georgia state Rep. Park Cannon is finally breaking her silence after being arrested last week for knocking on Governor Brian Kemp’s door to protest his signing of a controversial voting rights bill.

Cannon spoke with reporters on Thursday while standing in front of a mural of civil rights icon John Lewis in Atlanta, WSBTV reports. “I felt as if time was moving in slow motion,” Cannon said. “My experience was painful, both physically and emotionally, but today I stand before you to say as horrible as that experience was … I believe the governor signing into law the most comprehensive voter suppression bill in the country is a far more serious crime.”

She went on to call out the “voter suppression bill” and said that with “one stroke of a pen” Gov. Kemp “erased decades of sacrifices, incalculable hours of work, marches, prayers, tears and … minimized the deaths of thousands who have paid the ultimate price to vote.” Cannon also revealed that she is now facing eight years in prison for the arrest.

“We have to fight it in court, and we have to let the people speak up,” Cannon said. “We need John Lewis Voting Rights Act to pass so that this bill can be struck down.”

Her statement comes one week after the video of her arrest went viral as she was forcibly carried out following her knocking on the Governor’s door in opposition of the bill’s passing. The Election Integrity Act of 2021, or Senate Bill 202, was passed in the General Assembly last week and signed by Gov. Kemp over an hour later, Yahoo News reports.

The bill makes it a requirement for voters to provide ID for absentee ballots, limits the number of drop boxes across the state of Georgia, and permits state-level officials to oversee county election boards. Additionally, it makes it a criminal offense to pass out food or drinks to voters waiting in line.

Democrats believe the bill is a way to suppress votes within the elderly and Black communities, while Republicans say it works to secure future elections. Over 5 million people cast their ballots in the 2020 election, AP reports. State Democrats say Republicans are working to prevent another turn out like last year when Georgia voters put Democratic President Joe Biden in office and gave Dems control of the US Senate.