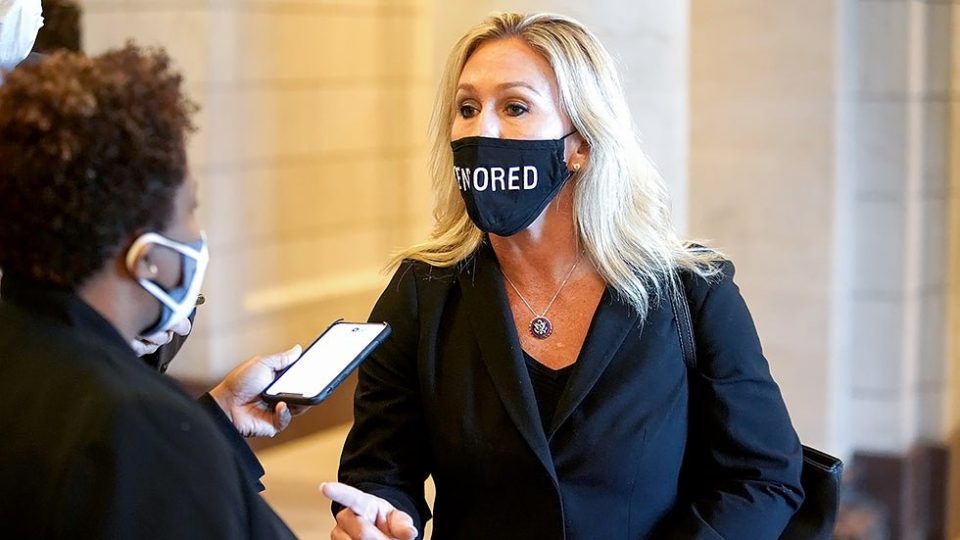 Outgoing President Donald Trump was impeached for a second time on Jan. 13, but if a Georgia Rep. has her way, the next president will face his own impeachment.

Rep. Marjorie Taylor Greene said she will draft an article of impeachment against President-elect Joe Biden for alleged abuse of power and will introduce it the day after Biden is sworn into office.

Greene made the declaration on the far-right media network Newsmax. During Trump’s impeachment Wednesday, Greene attacked Democrats for their second effort against the outgoing president.

“Democrats’ impeachment of President Trump today has now set the standard that they should be removed for their support of violence against the American people,” Taylor Greene said from the House floor.

Taylor Greene, a known Q-anon supporter, believes the theory of the group that Trump is waging a secret campaign against enemies in the “deep state” and a child sex trafficking ring run by satanic pedophiles and cannibals.

She ran into trouble last summer when a group of videos she made were discovered. The videos were condemned by several Republicans including Drew Florio, House Minority Leader Kevin McCarthy’s spokesperson and House Minority Whip Steve Scalise (R-La.).

In the videos, Taylor Greene suggested Muslims do not belong in government; compared Black Lives Matter activists to the neo-Nazis and Ku Klux Klan members calling them all “idiots”; referred to George Soros, as a Jewish Democratic megadonor and a Nazi; and said she would be “proud” to see a Confederate monument if she were Black because it symbolizes progress made since the Civil War.