Vernon Jones, a Trump-supporting, Black Republican running for Georgia governor said he wants to ban critical race theory (CRT) from being taught in public schools in the state.

Jones has even doubled down on his claim on Twitter saying “embracing the teaching of Critical Race Theory is a slap in the face of Dr. King’s teachings.“

On Day One, through executive order, I will immediately instruct the Georgia Department of Education to prohibit the teaching of Critical Race Theory within our public schools.

It’s time for our schools to stop teaching our kids to hate America.

However, it became apparent during an interview with Marc Lamont Hill for Black News Tonight Tuesday, Jones may not know what CRT is. During the interview with Hill, Jones repeatedly refused to answer Hill’s question on what critical race theory is. The first time Hill asked this was Jones’ answer:

“Well actually I think it’s different depending on who is teaching it and how they’re teaching it,” Jones said. “I think you can agree with that. We were taught that Christopher Columbus discovered America. Well, you and I both know that Christopher Columbus got lost. People were already living here. But there are those who are using their own ideology and their own party affiliation to go to the extreme and that’s what I’m trying to address here.”

Hill continued to push for a straight answer using creationism and sexual education as examples.

“Well, first of all, again, I can tell you but it’s left up to you to understand,” Jones said. “I can’t make you understand. The fact of it is that critical race theory, even on its basis, should not be taught in our schools. Period.”

Hill again pushed for an answer, which seemed to agitate Jones who followed the GOP media playbook of destroying an interview. Jones told Hill he doesn’t know what CRT is, talked over Hill when he tried to respond, and eventually told Hill he was “as dumb as two left shoes.”

Hill responds by explaining what CRT is.

“You’re not gonna come on my show and call me dumb,” Hill said. “What I will tell you is that critical race theory is a theory that actually emerged out of critical legal studies. It is a theory that makes an attempt to understand the law through the lens of race and it’s founded on some fundamental presumptions. One is the intractability of race and racism, meaning it’s an intractable problem in America and that we have to use the lens of race to make sense of things.”

At the end of the segment, Hill hinted Republicans and Jones love to deflect and distract when they can’t or don’t want to answer a question.

Jones was once a Democratic lawmaker but changed his party affiliation after he was slammed by fellow Democrats for endorsing former President Donald Trump for re-election. Despite once being a Democrat, he never agreed with the party’s goals.

In 2000 he endorsed Howard Dean but voted for George Bush. During former President Barack Obama‘s 2008 campaign, Obama called out Jones for sending out a mailer with a manipulated photo that showed the two on the same stage. 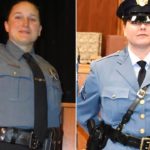 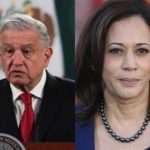