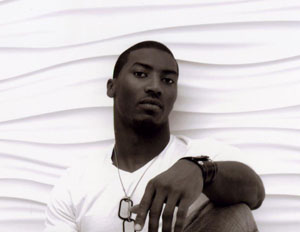 Gerome Sapp created Fluencr, a marketplace that gives individuals the same access to their favorite brands and initiatives that athletes and celebrities have and get rewarded for their influence.

There are platforms out that are similar to Fluencr. What makes Fluencr stand out?

We created a point solution model that tracks, measures and rewards action-based, brand-specific social influence across multiple social platforms. Though we have a truly unique model, we would consider Crowdtap and SocialChorus competitors. Both Klout and TweetReach are great in their own right but have several fundamental differences.

Klout takes a hypothetical, brand agnostic approach at measuring influence. Your Klout score isn’t reflective of any social actions you took or were responsible for generating for a specific brand–and that brand’s specific social media campaign. TweetReach obviously deals only with Twitter and measures the impact a single tweet has. This is definitely important and valuable, but is still limited to one platform and one type of social communication tool. This platform also doesn’t allow brands the ability to create social media campaigns.

How does the technology behind Fluencr work?

Fluencr’s algorithm aggregates social actions taken or generated by an individual to a specific brand and that brand’s specific social media campaign. These actions are all weighted and scored according to the amplification value they deliver to a brand’s overall marketing initiative. This allows any brand the ability to now know which individuals proved to be influential to their brand’s social media marketing initiative. They don’t have to guess or try to predict anymore, we created an action-based model that measures and rewards brand-specific influence.

What has been your biggest challenge thus far in launching and growing the company?

Funding! When I originally presented the idea of Fluencr two years ago to investors, most of them looked at me like I was kind of crazy! They couldn’t conceptualize the concept of a platform that democratized the concept of an endorsement deal down to the “average personâ€ who could prove to be influential.

Now that I have a great team around me and the concept of Fluencr.com is built and has been validated by some of the biggest brands in the world, we are attempting to raise additional capital to grow the platform and take advantage of the market opportunity.

How will you make money from the platform?

Campaign Fee: We charge a campaign fee that brands pay to create a campaign. This fee is based on campaign participation and the amount of data we deliver the brand.

Data: Brands will be able to purchase non-identifying aggregate data around campaigns.

Affiliate Revenue: Fluencr will eventually collect a small percentage of purchases generated for a brand as a result of their Fluencr campaign.