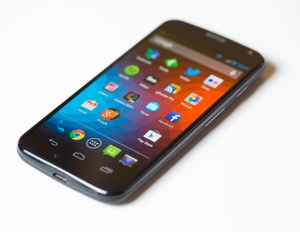 Sure, there is a ton of new smartphones out, but sometimes you can’t beat the classics. Motorola is banking on its goodwill and a pretty sweet $100 discount to boost the flagging sales of its Moto X, a device that’s nearing its first birthday.

To get the deal, you’ll have to use Motorola’s Moto Maker tool on its site, which lets you customize your device and score matching accessories like headphones. Act fast though, because it’ll only be $399 until Friday.

The Moto X has been widely hailed as one of Google and Motorola’s greatest smartphones, and is still recommended to many consumers looking for an unlocked device at an affordable price.

Unfortunately, the device isn’t selling as strongly as it once did, which will result in a closing of the handset maker’s Texas factory, responsible for customizing the devices and giving them the honor of being the only smartphone assembled in the United States.

Motorola’s history as the leader in mobile and network technology has waned over the past decade, and the company was purchased by Google in 2011. Motorola was sold by Google to Lenovo for $2.9 billion, although in 2011 the company paid $12.5 billion. Google did keep more than 17,000 patents, as well as Motorola’s R&D team, now part of Google’s Advanced Technology & Projects (ATAP) division.

In terms of new products, Motorola is working on a breakthrough device powered by Android Wear, Google’s wearable devices operating system. The Moto 360 will look like a round watch, but act like an Android smartwatch and a companion to the Moto X (or any compatible Android phone), giving you access to your text messages, emails, and Google Now.