Get In Or Get Left Behind

Sheldon Gilbert knows your favorite color. He also knows how many times you added that flat screen TV to the online shopping cart without buying it and what you like to do in your spare time. The creator of Proclivity, a behavior predicting software, he knows the ins and outs of data mining.

Sitting in his Fifth Avenue office in New York City, Gilbert explains, “Every time you click a link, it’s a request for information you’re making to a server.â€ The 33-year-old tutored students in chemistry on the side while he spent a year writing the software. “We can then mine the data stored on the servers to create a profile of a person’s likes and dislikes–or proclivities.”

With this software, the 25-person firm Proclivity Systems has increased online sales by as much as 30% for clients such as Barney’s New York, by predicting which offers to present to which customers, says Gilbert. Proclivity’s motto: Predict behavior. Drive revenue.

Launched in April 2006 with $750,000 from angel investors, the startup recently raised an additional $5.5 million in venture capital. The funds will be used to expand Proclivity’s platform and services into new vertical arenas and channels, as well as bring on senior management, says Gilbert.

Whether he knows it or not, Gilbert has tapped into one of the hot spots of entrepreneurship. But what are the others? Black Enterprise, to borrow an old, yet fitting adage, followed the money trail. With the understanding that venture capitalists have their collective fingers on the pulse of the business world, BE looked at where they’re investing their money. In short, these are the places entrepreneurs want to be. In the following pages, BE identifies these areas and, most importantly, how to tap their potential.

From a venture capitalist investment standpoint, the standouts are software, biotechnology, medical devices, cleantech energy, and telecommunications. Of 17 industry categories, representative of all sectors of the economy, these five accounted for two-thirds of all reported venture capital funding in the first and second quarters of 2008, according to the MoneyTree Report, a study on venture capital investment prepared

On Inclusion, Transparency, and Corruption 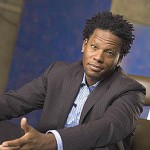