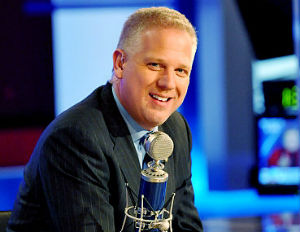 Right wing pundit Glenn Beck just may have topped himself this time. His latest act of protest, or petulance (whichever word you prefer) is to put a President Obama figurine in a jar of “pee” and sell it on eBay for $25,000, according to the N.Y. Daily News.

On Wednesday, eBay took down the listing. Beck said onÂ his website that it was an artistic expression in response to a piece of art that depicts the president posed like Jesus on the cross. Beck said all proceeds were going to charity and claimed First Amendment rights.

Beck joked: “It seemed like the demand for Obama floating in a jar of pee was extremely high,â€ in a video posted on his site. He also jokingly said that he had drunk “a lot of waterâ€ before the filling the jar, but claims the liquid inside of the jar is actually beer.

See the “Obama in Pee” and read more at Newsone.