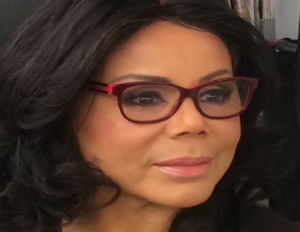 The word “empowermentâ€ isn’t just a catch phrase for Marcia Dyson it’s her life’s work. Â As founder and CEO of the Women’s Global Initiative, a for-profit organization that works to enhance the lives of women by increasing their wealth, education, and civil participation, she knows no boundaries when it comes to enhancing the lives of others around the globe.

Dyson has an impressive resume, which includes promoting cultural diplomacy and world-class events for 87 ethnic communities across the city of Chicago, acting as host to foreign dignitaries including presidents, queens and kings and prime ministers, and campaigning for President Barack Obama’s victory in 2008 and 2012. Additionally, she’s helped Egyptian women create a modern narrative for Muslim women in Cairo, Egypt. Â And, Former Secretary of State Madeleine Albright selected her to be on the Women’s Global Summit Leadership Board. As an active member of the Middle East Peace Civic Forum and an annual participant at the Black Entertainment Television (BET)’s Leading Women Defined Summit, Black Enterprise caught up with Dyson to learn more about her journey.

When did you know you wanted to dedicate your life to social & political activism?

It started in 1980, when I became the first Chief of Staff for Reverend Jackson International Trade bureau. The International Trade bureau is focused bringing about equality within the business world for minority and women-owned businesses that have been systematically excluded from corporate America. The International Trade Bureau was a precursor for the Law Economic Forum, the Clinton Global Initiative and many other organizations we see today focused on economic development and international participation. After my work with the bureau, I began my Public Relations career for a few agencies, and then I worked as the Public Relations officer for the City of Chicago in 1990.

When did the shift take place from your career in public relations to activism on a national and international level? Was there a specific event that occurred?

When I traveled to Haiti, I consulted with President Clinton on the rebuilding of Haiti. Haitians themselves were being excluded from the rebuilding process. I sort of had an AHA moment or “heck no momentâ€ when I saw Haiti being gentrified.

I recognized that unless we are internationally conscious as African Americans than the frontiers to which we want to grow would shrink up for us as well.

From those experiences I began to think about opportunities to create quality education, economic development andÂ entrepreneurial opportunities, in a collective sense.

Describe your vision for the Women’s Global Initiative?

The Women Global Initiative came from working with women in non-profit and seeing so much talent out in the world.Â  I wanted to create a large platform of resources for African American women in publishing, mentorship and beyond so that it gives women an opportunity to grow. The Women’s Global Initiative is not an organization, it’s an organism–meaning collectively we can take the lead and pursue larger programs or clients.

After traveling around the world connecting with and mentoring women, what is one common theme that we all face?

First, we can’t hold on to the classification that we have in America about the stigma of African American women. In the global economy we are women of the diaspora. Secondly, the lack of equal pay and violence of women is a common reoccurring theme around the world. Â As long as women are underpaid for their work as an entrepreneur or in service at the workplace, poverty will still exist; because ultimately its women who are maintaining the household and taking care of the children.Â  It’s incumbent on corporations, community members and elected officials to do a better job at gender equality.