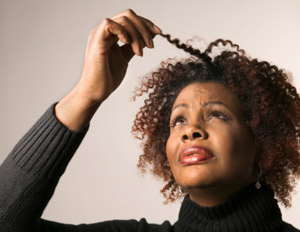 No matter how you wear your hair, changing up your usual style can turn heads, stop traffic and generate conversation–sometimes good, other times downright inappropriate. I’ve had one too many no-she-did-not-just-fix-her-mouth-to-say-that moments to count and have educated a few people along the way as to why you can’t just touch my ‘fro or refer to my kinks any old kind of way. Through all the bad hair days, expensive product buys and styling slip-ups, I’ve grown to love the decision I made to do the “big chopâ€ nearly two years ago.

I’m amazed at how many products have come to market, as well as tech tools launched, thanks to the natural hair craze of recent years. As someone who has attempted to go natural, returned to the salon chair for a relaxer and set upon the natural journey yet again–might I add, for the last time, it’s great to see the establishment of an online community of beauty and hair-care entrepreneurs, bloggers and style mavens such as Patrice Yursik of Afrobella, founder of CurlyNikki.com Nikki Walton and hair vlogger Whitney, who goes by Naptural85, among others. Social media has furthered the movement, becoming a pivotal medium for many to share their favorite products, salon recommendations and styling how-tos. Â It only makes sense with the sale of Black hair-care products generating millions each year.

According to Nielsen, 44% of all new mobile phone purchases by African Americans are smartphones, which serves as a prime opportunity for developers to target this demographic through apps and other mobile tools. As of June, consumers had downloaded 30 billion apps from the Apple App Store and Google Play, which carries Android apps, saw 15 billion downloads, according to the Wall Street Journal‘s Digits blog.

With this app boom, we’ve seen the emergence of game-changing applications that will help those who are transitioning, going under the scissors or just looking to switch things up a bit through their process. There are two apps, in particular, created for women of color by women of color: