No matter how much more sophisticated and ubiquitous technology becomes each day, the digital divide persists. Even Google, a company long hailed as a change agent and visionary in linking humankind. is apparently willing to allow underserved communities to stay underserved if profits are involved.

Google Fiber is part of Google’s parent company’s effort to be more than simply a highly profitable search engine. Launched six years ago, Fiber provides high-speed fiber optic connections to enable broadband Internet and cable TV connections to subscribers. The first test market was in the Kansas City metropolitan area but has expanded to Austin, Texas, and Provo, Utah, Charlotte, NC and Atlanta.

These cities were thrilled by Google’s foray into putting the hardware in place for high-speed Internet access. Kansas City, in fact, has been dubbed “Silicon Prairieâ€ after winning a national competition to be the first Fiber-connected city. It also seemed like good business sense. It was the essence of doing well and doing good.

But, this bright vision has quickly dimmed for many in low-income areas of these cities.

As the company has purchased municipal broadband networks, there have been reports it has gotten great deals, essentially buying at bargain basement prices the fiber networks that portions of the Kansas City area and Provo spent millions of dollars building. Some critics have called this out as “corporate welfare.â€ Of greater concern is evidence of digital redlining.

In Kansas City, the “Silicon Prairieâ€ image has been tarnished as lower-income, mostly minority neighborhoods were initially passed over. What was supposed to be an opportunity to bridge the digital divide has turned into the latest manifestation of what former Secretary of State Colin Powel has called “digital apartheid.â€

Google Fiber’s sign-up quotas seemed designed from the start to ensure that people in lower-income neighborhoods would not immediately jump at the chance to get access to the new connection opportunity. Because it was based on a so-called build-to-demand model, it was inevitable that the digital “havesâ€ would sign up first. It should have surprised no one when Kansas City’s higher-income, white neighborhoods showed demand faster than lower-income, primarily Black neighborhoods.Â  By the way, a credit card was needed to sign up. This automatically disempowered many residents in the city’s lower-income neighborhoods.

The same dynamic seems to have been in play in Nashville, where Google has installed Fiber service in mainly a few downtown buildings and residencies but not in minority neighborhoods. This prompted local clergy to charge digital redlining was at work and to demand close scrutiny of Google’s plans for the city. In addition, Google Fiber was initially offered to Atlanta’s more affluent neighborhoods, such as Old Fourth Ward, Virginia-Highland, and Morningside/Lenox Park. As long as these business practices persist, the more likely Silicon Valley’s notorious lack of diversity will persist.

This is going in the opposite direction of where the country should be headed. President Obama has set a national goal of providing 98% of Americans with access to high-speed, mobile broadband. At almost the exact time Google Fiber was launched the National Broadband Plan was released, This was an initiative by the Federal Communication Commission to create a blueprint for ways to expand Internet access to stimulate economic growth, create jobs, and help all Americans leverage fast, reliable Internet connections for everything from education, health care, homeland security and more.

What’s more, Google Fiber’s selectivity is simply unfair. High-speed Internet access is no longer a luxury but a need. People in low-income neighborhoods rely on the Internet for on-line education, job training and employment opportunities more than people in higher-income, white neighborhoods who likely have many more options. Residents in lower-income neighborhoods who have mobility or transportation limitations need to Internet to simply stay connected to people and access entertainment.

Redlining in housing and banking stifled opportunities for social mobility and economic improvement for countless families for decades until laws were enacted that banned the practice. We should have learned from our mistakes. Technology, specifically affordable Internet access, has for many years represented an opportunity to benefit people from all walks of life equally. Google, of all companies, should understand this. In “Ten Things We Know to be True,â€ found on the corporate website, it is stated, “The need for information crosses all borders.â€

As local governments partner with private business on high-speed Internet access, it is critically important to keep the public good in mind.Â  We must stay vigilant in preventing profit margins don’t undermine goals we have as a nation. Google should reread its “top tenâ€ list and discover that one item says, “You can make money without doing evil.â€

This post was written by Hazel Trice Edney, the Editor/Publisher of the Trice Edney News Wire and CEO of Trice Edney Communications. 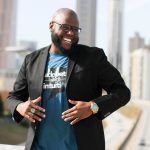