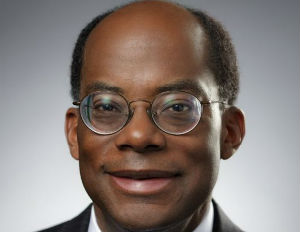 This constitutes a major milestone for the Internet giant, as they make active strides to bring more diversity to the technology industry.

According to USA Today, Ferguson will serve on Alphabet’s audit committee. With his appointment, he receives a $1 million equity grant, according to a filing with theÂ Securities and Exchange Commission.

He joins the board as Alphabet under CFO Ruth Porat, bringing greater spending discipline to Alphabet, which is known for its speculative, high reaching projects such as self-driving cars and research into aging.

Ferguson’s career has been steadily progressive, having begun as an attorney with Davis Polk & Wardwell, LLP before becoming associate and partner at McKinsey & Company, where he remained for 13 years.

In 1999, Ferguson represented the Federal Reserve on several international policy groups as Vice Chairman of the Board of Governors. He then went on to become Chairman of Swiss Re America Holding Corporation and eventually was appointed to Head of Financial Services as a member of Swiss Re’s executive committee.

By 2008, Ferguson became the president and CEO of TIAA, the leading provider of retirement services in the academic, research, medical, and cultural fields. He currently remains the company’s president and CEO.

Alphabet adds on to a long list of boards Ferguson is a currently a member of, including the Committee for Economic Development, the American Council of Life Insurers, the Institute for Advanced Study, Memorial Sloan Kettering Cancer Center, International Flavors and Fragrances, as well as the advisory board of Brevan Howard Asset Management LLP.