Google Has Plans to Advertise In Your Home 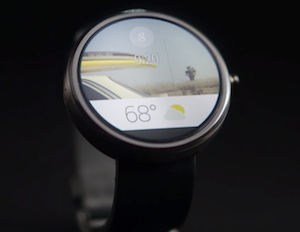 Google has plans for mobile advertising, and it involves “everything” your home that has a screen.

Discovered by the Wall Street Journal, a December 2013 letter from Google to the SEC dealt with Google’s mobile revenue, and why the company should be allowed to withhold the numbers.

The letter, revealed only this week, outlined Google’s idea for spreading its advertising reach everywhere from refrigerator screens and eyeglasses, to car dashboards and thermostats, “to name just a few possibilities,â€ the company says in the letter.

The letter was written so Google could explain its reason for withholding data about information regarding mobile advertising. The company didn’t provide mobile activity information because, to Google, “mobile advertising is a changing landscape. “We expect the definition of ‘mobile’ to continue to evolve as more and more ‘smart’ devices gain traction in the market,â€ says Google.

This ambitious push to classify every device that isn’t a computer as a mobile device is an advertiser’s dream. More and more revenue is coming from mobile devices as more consumers use smartphones and ad-supported apps.

Google has plans for all the aforementioned mobile advertising areas. In January, the company formed the Open Automotive Alliance with help from Audi, GM, Honda, Hyundai, and NVIDIA to bring Android inside automobiles. The company is finally selling its Google Glass wearable to the public for $1,500. And Android Wear is set to debut this summer on Motorola’s Moto 360.

A month after the letter was sent to the SEC, Google purchased home automation company Nest, maker of the Nest Thermostat and Nest Protect smoke alarm, for $3.2 billion. Google has promised that Nest will not go ad-supported in any way.