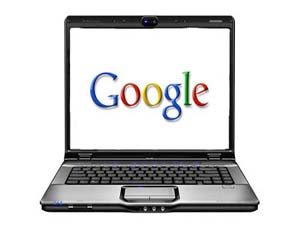 Gary Foster, a black man and former vice president at Citigroup, is being accused of embezzling $18.4 million from the Wall Street giant. It was reportedly a one man heist that involved a series of secret money transfers, which resulted in his surrender at John F. Kennedy International Airport on Sunday night, directly off of a flight from Bangkok.

J. O. Patterson Jr., the politician and clergyman who was the first African American to assume the office of mayor in Memphis, succumbed to kidney failure on Saturday. He was 76.

He was appointed interim mayor of Memphis 1982 after Wyeth Chandler stepped down to become a Circuit Court judge, and also served as the bishop of the Church of God in Christ and a pastor at Pentecostal Temple.

Marie Lourdes AndrÃ© is suing the fraternity that killed her only son, George Desdunes, who died during a hazing ritual at Cornell University on February 25, 2011. She claims that the Sigma Alpha Epsilon fraternity kidnapped him, forced him to drink to the point that his blood alcohol level was five times the legal driving limit, left him bound on a sofa for hours, and then tried to cover their tracks by removing the binds. The bereaved mother hopes her $25 million law suit against the frat will inspire much tougher regulation of frat houses and their absurdly dangerous hazing practices. It would give some purpose to the meaningless loss of her son’s life.

Perhaps the most explosive and explicit example of police brutality in the aftermath of Hurricane Katrina took place on September 4, 2005, when a group of officers gunned down six unarmed civilians on the Danziger Bridge in eastern New Orleans.

Nearly six years later, the trial of five current and former NOPD officers is now underway in federal court in New Orleans. Four of the officers accused in the case are charged with civil rights violations for the shooting, which killed two, including a teenager and a mentally handicapped man, and left four others severely wounded.

Google has just unveiled Google+, its ambitious answer to Facebook. It turns all of Google into one giant social network, thanks to a core group of social products and a new navigation bar that integrates sharing into every single Google product.

Microsoft Office 365, the technology giant’s suite of productivity apps for the cloud, made its global debut Tuesday.

The cloud-based software places Microsoft Office, SharePoint, Exchange and Lync into the cloud. The product was first introduced last October as Microsoft’s way to bring its popular collaboration and productivity products to the web. Office 365 comes with all of the Office Web Apps (Word, Excel, OneNote, PowerPoint), as well as email support and Microsoft Access. Essentially, Microsoft has created one product for all of its cloud-based productivity software.