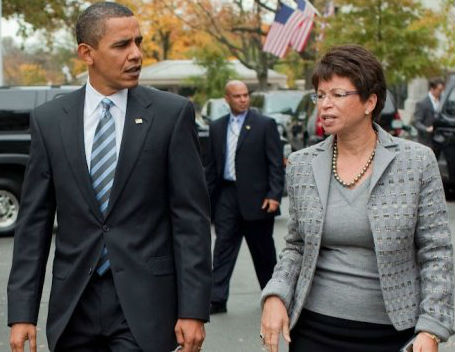 One writer seems to think so. In an Op-ed for EBONY.com, Zerlina Maxwell says the GOP’s recent comments on Jarrett–calling her “Obama’s consigliere”–is not only a reference to the mafia but a pattern within the party, which has previously used similar criticisms with former African-American staffers Van Jones and Shirley Sherrod.