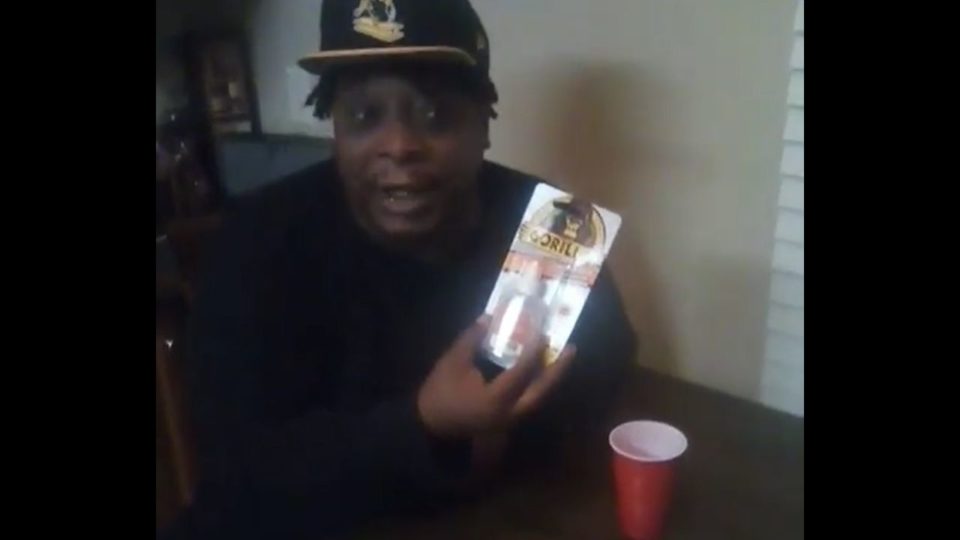 Let’s hope the “Gorilla Glue Challenge” starts and stops here as a Louisiana man started the challenge and ended up in the emergency room!

The mishap occurred after Lenise Martin didn’t believe the strength of the super adhesive that has been in the news recently because of the plight of Tessica Brown, also known as the “Gorilla Glue Girl.” Brown went viral after releasing a video on TikTok and Instagram revealing that she used Gorilla Glue to lay down her hair after running out of hair spray. As a result, she says in the video that her hair has been stuck in place for a month.

Michael Obeng performed a successful $12,000 surgery to remove the adhesive from her head.

In an Instagram post, Martin, in disbelief of the strength of Gorilla Glue and stating that it wasn’t as serious as Brown revealed it to be, posted on Instagram his intention of using the glue to stick a red cup to his lips. He stated he will prove that it’s not as strong and that he’ll just “lick it off.”

“I thought that chick with the gorilla glue was making that story up…but no..its real… I dont kno why I tried it..now they talking bout cutting the tip of my lips off in surgery…yall pray for me #gorrilagluechallenge smh”

Martin told WKBN, “I thought she was just playing around because I didn’t think it was that serious. I actually tried it out before and it actually didn’t do anything for me … So I was like, ‘OK, she’s lying’ and there are all these challenges going on so I was like, ‘OK, I’m going to try it’ and it went backwards.”

The outlet also reported that Martin was seen on Dr. Oz in 2020 discussing another challenge: the ice cream challenge. Based on the consequences he faced, he said he does not want to send out a bad message by doing these challenges.