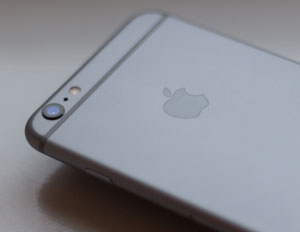 Apple's iPhone 6 Plus is 5.5 inches, and has optical image stabilization, something the smaller iPhone 6 lacks. (Image credit: William Hook)

The FCC has a lot on its plate with privacy, set-top box, and the future of 5G, among other policy concerns. On September 7, Chairman Wheeler spokeÂ  at CTIA Super Mobility 2016 about 5G and what can be done to spark what he characterized as not simply a technological advancement, but a revolution. He has been clear that winning the global deployment race should be a national priority, and the FCC is determined to do its part to achieve that, with its “proven formulaâ€ to “lead the world in spectrum availability, encourage and protect innovation-driving competition, and stay out of the way of technological development and the details of implementation.â€

It makes sense that spectrum is first and foremost in the formula, because it is the cornerstone to mobile connectivity. Spectrum is the invisible airwaves that connect and enable mobile devices. Its availability is limited, and it can’t be created. As consumers become more dependent on their smartphones and the Internet of Things (IoT) ushers in billions of new connected devices, the demand for mobile data, and therefore spectrum, will surge dramatically.

Demand for spectrum could eclipse supply by as early as 2018, according to estimates from the Federal Communications Commission (FCC), as reported by the Financial Times last year. The implications of a shortage include decreased reliability and innovation. This is particularly concerning to minority communities, as 19% of African Americans and 23% of Latinos rely on their smartphone as a sole point of access to the Internet at home. For these communities, their smartphone is a gateway to healthcare services, education, finances, and much more.

The FCC’s projection and the potential unintended consequences aren’t going unnoticed. The FCC recently approved an order to make a substantial amount of spectrum available for 5G, and it is currently conducting a complex auction that will ultimately repurpose broadcast TV spectrum for wireless broadband. These moves mark notable progress, but they aren’t expected to be enough to address the looming shortage.

Government agencies beyond the FCC also have an opportunity—some would argue an obligation—to bring more spectrum to market. The agencies wouldn’t necessarily have to give up their spectrum, but could potentially share it with commercial entities.

The conversation around government-private sector spectrum sharing has ebbed and flowed over the past few years, and it appears to be heating up again. When responding to a question about “what comes nextâ€ in a recent interview, Jon Wilkins, chief of the FCC’s Wireless Telecommunications Bureau, said,”[T]he big issue is federal sharing. If I could put a big star by one policy issue, it’s going to be: How does the federal-commercial sharing model evolve? … That’s going to be probably the hottest place for the policy wonks on the ongoing spectrum front.â€

The FCC has an opportunity to begin molding the precedent for this type of sharing model, as it is now reviewing a proposal to auction mid-band spectrum for shared commercial use that’s currently used by the National Oceanic and Atmospheric Administration (NOAA). Should the FCC move forward, the next step in the process is to issue a Notice of Proposed Rulemaking (NPRM).

The wireless industry has expressed interest in this spectrum and has voiced support for the process moving forward to an auction. While NOAA raised concerns that the proposal could interfere with its operations related to weather data, the process should continue forward so all aspects of sharing this spectrum can be thoroughly explored by the public. In fact, one proposal introduced the concept of a public-private partnership in the 1675-1680 MHz band (the spectrum in question) which, if implemented, could deliver better weather information to a wider audience, not only NOAA users. To that end, the winner of the spectrum could be required to fund and build a modern, cloud-based content delivery network that will make the weather data more accessible, affordable, and reliable.

Certainly, legitimate concerns about the shared spectrum space must be addressed. But risk of incident in and of itself should not be a deterrent for companies to partner with the government to make swaths of spectrum available to more people.

Continued deployment of mobile broadband and services as well as reliable access to it are imperative to the welfare of all consumers, but especially to those from underserved, minority communities. To that end, it is critical that government leaders work with the private sector to bring new spectrum online and to build the infrastructure necessary to sustain the country’s wireless demand and the ushering in of 5G.