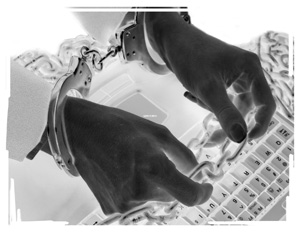 If you always feel like somebody’s watching you, you might be on to something. Google’s transparency report, released Tuesday, reveals Big Brother is alive and well. The tech company’s most recent data points show a growing level of surveillance.

“One trend has become clear: Government surveillance is on the rise,” said Dorothy Chou, a Google senior policy analyst, in its semi-annual report.

Since 2010, Google has released the in-depth report every six months, and, in the latest report, the company noted it received 20,938 global governmental requests, which is up from 18,257 last year, to access personal accounts. Google has complied with 90% of the requests either completely or partially and the United States tops the lists of countries with inquiries for user data, followed by India.

Matthew Finnie, CTO of information technology provider Interoute, is not taken aback by America’s surveillance-hungry ways. “It’s no surprise that most requests for data come from the US. The Patriot act is a clear indicator of how the US sees data ownership,â€ said Finnie.

But the ACLU, Apple, Amazon, Facebook, Google and Twitter are members of the Digital Due Process Coalition, fighting against the United States Justice Department to reform loopholes in the Electronic Communications Privacy Act of 1986. The act allows for government enforcement agencies to conduct electronic surveillance without warrants, reports CNN. The tech companies don’t want to prevent access, but they would like to make it easier for government agencies to obtain information without a warrant.

And the government is not just monitoring email accounts and political officials, they’re also logging personal information tracked by your favorite websites as well as IP addresses. While you’re going for a stroll or cruising in your vehicle, you might also be caught on camera. It’s just another result of the increase in cameras positioned on streets, in traffic lights and outside buildings by police departments. The most-watched cities include Washington, DC, Houston, and Denver, according to Men’s Health.