The two officers, Aaron Torgalski and Robert McCabe, were arraigned on felony assault charges two days after the June 4 incident outside City Hall in which local rights activist Martin Gugino, then 75, was shoved, fell and hit his head.

But Erie County District Attorney John Flynn Jr. said on Thursday that a grand jury had dismissed the case, despite his own belief that a crime had been committed.

Flynn said he was duty-bound to charge the officers with felony assault – even though he did not believe their actions “rose to the level of a felony” – because of a state law that protects people 65 and older from attacks by those at least 10 years younger.

Saying he expected to be criticized for the grand jury’s decision, Flynn insisted he made a forceful case but declined to elaborate about the panel’s proceedings, which are secret.

The video, shot by a local reporter and seen by tens of millions of people on the Internet, shows Torgalski pushing Gugino before he fell and McCabe about to kneel toward the man sprawled on the sidewalk before being moved along by a supervisor.

Gugino, who had approached the officers during a protest for racial justice after a curfew had been imposed, was rushed to a hospital with a critical head injury, from which he recovered.

The officers, both members of a police tactical unit, were initially suspended without pay. But they were back on the payroll 30 days later and the incident will now be the focus of an internal affairs investigation, the Buffalo News reported. 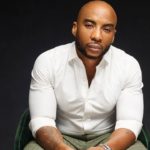 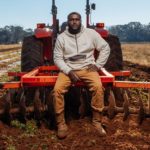