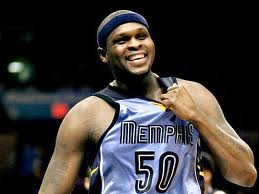 Randolph made his comments following the Grizzlies’ eight-point loss to the Houston Rockets on Thursday, Dec. 26 in Houston.

“It’s obvious, it was the refs tonight,â€ Randolph said, when asked for the game’s turning point. “Eight against five. The game – in the second half – the man was shooting free throws every time. We’re out there playing hard. They’re dictating the game. It can’t be like that, man. We’re out here playing too.â€

The game was officiated by James Capers, Pat Fraher and Karl Lane.