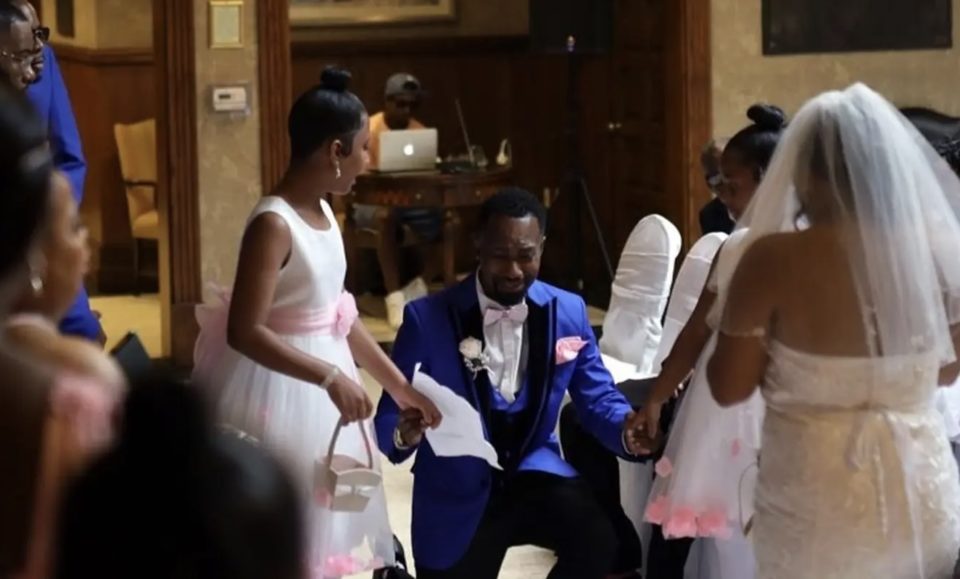 One groom used his wedding day as a chance to make it memorable for not only him and his bride but also his stepdaughters.

On his wedding day, Dontez Williams, 33, decided to deliver vows to the two young girls who would become his stepdaughters and asked if they’d accept his proposal to be adopted, allowing him to officially become their legal father.

Williams made the vows just moments before he married Myshella Burton, 26.

He told FOX News he felt it was important to include Burton’s daughters—Abigail and Natalie—in their wedding ceremony because he has been a part of their lives for the past seven years.

The heartwarming moment was captured on video.

Williams says he has known the girls since they were infants and won the girl’s approval early on. Looking back, he says now he believes it was a sign that they were all “destined” for each other.

Williams said he eventually settled on the idea of proposing adoption because he realized he was “kind of like the only father-figure they had ever really had,” he told Fox News.

“Just the thought of me writing the vows for them, it made me want to tear up. When I felt that emotion just thinking about it, I was like, ‘I got to do this. This is the right decision. There’s no ifs, ands, or buts about it.’”

Wiliams is now reflecting on his special wedding day and the girls’ reaction to his proposal.

“I’ll never forget the way Abigail looked at me. It was priceless,” Williams said. “It really meant a lot to me seeing her face light up.”

His wife was also surprised by the vows, unaware of the groom’s plan to say them.

Williams also says the special day made him grow closer to Abigail and Natalie from that moment on.