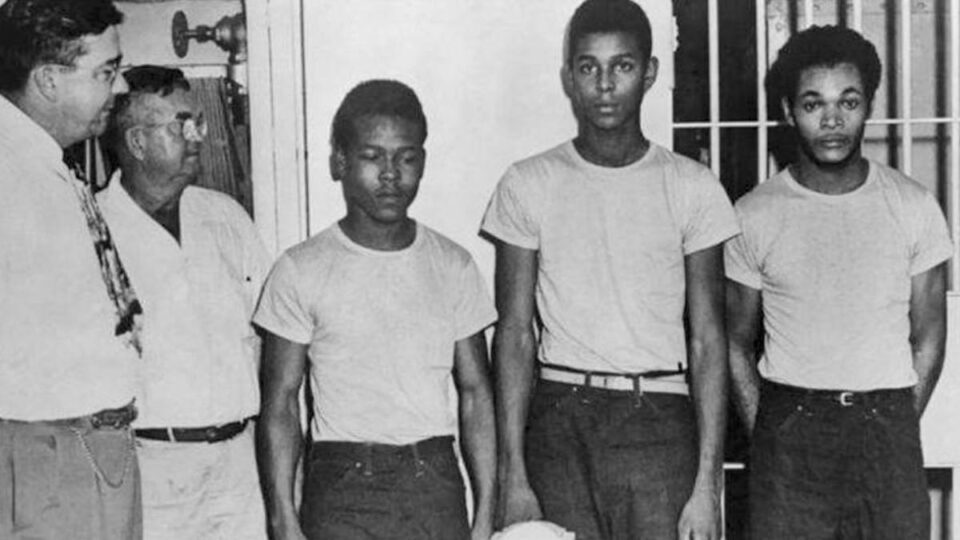 The four men accused of raping a 17-year-old white woman in the central Florida town of Groveland could be cleared of all charges 70 years later. (Image: Twitter/@TheRoot)

More than seven decades after four Black men were convicted of raping a white woman, Florida State Attorney Bill Gladson filed a motion to clear the Groveland Four of their records.

Ernest Thomas, Charles Greenlee, Samuel Shepherd, and Walter Irvin were accused of raping a white woman in Groveland, Florida, in 1949. Thomas was shot and killed by an angry white mob before he could be arrested. The other three men were convicted.

In his motion, Gladson seeks to dismiss the indictments of Shepherd and Thomas set aside and vacate the judgments and sentences of Greenlee and Irvin.

“Even a casual review of the record reveals that these four men were deprived of the fundamental due process rights that are afforded to all Americans,” Gladson wrote in his motion filed Monday. “The evidence strongly suggests that a sheriff, a judge, and prosecutor all but guaranteed guilty verdicts in this case.”‘

According to ABC News, Gladson argued in his motion that the state never tested Irvin’s pants for semen, which they were able to do at the time. Instead, the prosecution left the jury with the impression that Irvin’s pants included evidence of the rape. Additionally, the qualifications of the prosecution’s top witness are also in doubt. In the second trial, one of the defense witnesses stated that authorities made one of the casts intentionally tie Irvin to the scene.

Irvin was retried, convicted, and sentenced to death again, but the sentence was later commuted to life in prison. Meanwhile, McCall, who claimed self-defense, was never indicted. In 2019, Gov. Ron DeSantis granted posthumous pardons to the men.