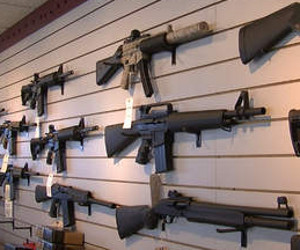 A new coalition of gun rights and conservative groups have proclaimed January 19, 2013, “Gun Appreciation Day,â€ and have begun urging Americans nationwide to show their support for gun ownership by turning out en masse at gun stores, ranges, and shows from coast to coast.

Scheduled to send a message to Washington two days before President Obama’s second inauguration, “Gun Appreciation Dayâ€ is expected to rival “Chick-fil-A Dayâ€ as a public statement of protest against government policies.

“We felt that there needed to be a swift, strong statement, Chick-fil-A style, to show that we’re not only here but we’re vocal,” Gun Appreciation Day chairman Larry Ward says. Â “We have never had a president who so callously disregards the Constitution, Congress, the courts and the will of the American people,â€ he continued.

Gun stores which have already been swamped as a result of the Newtown school shootings and the expected new gun control laws are bracing for the event.

Jason Franks, owner of Basin Firearm Services, said he sold 40,000 guns in the month of December, and already sold 6,000 on Friday alone.

“It’s completely abnormal,â€ he said. “Is it making us rich? Absolutely not. Is it making me frustrated? Absolutely,â€ Franks said. “If we can’t fill the store with inventory, what do we sell?â€